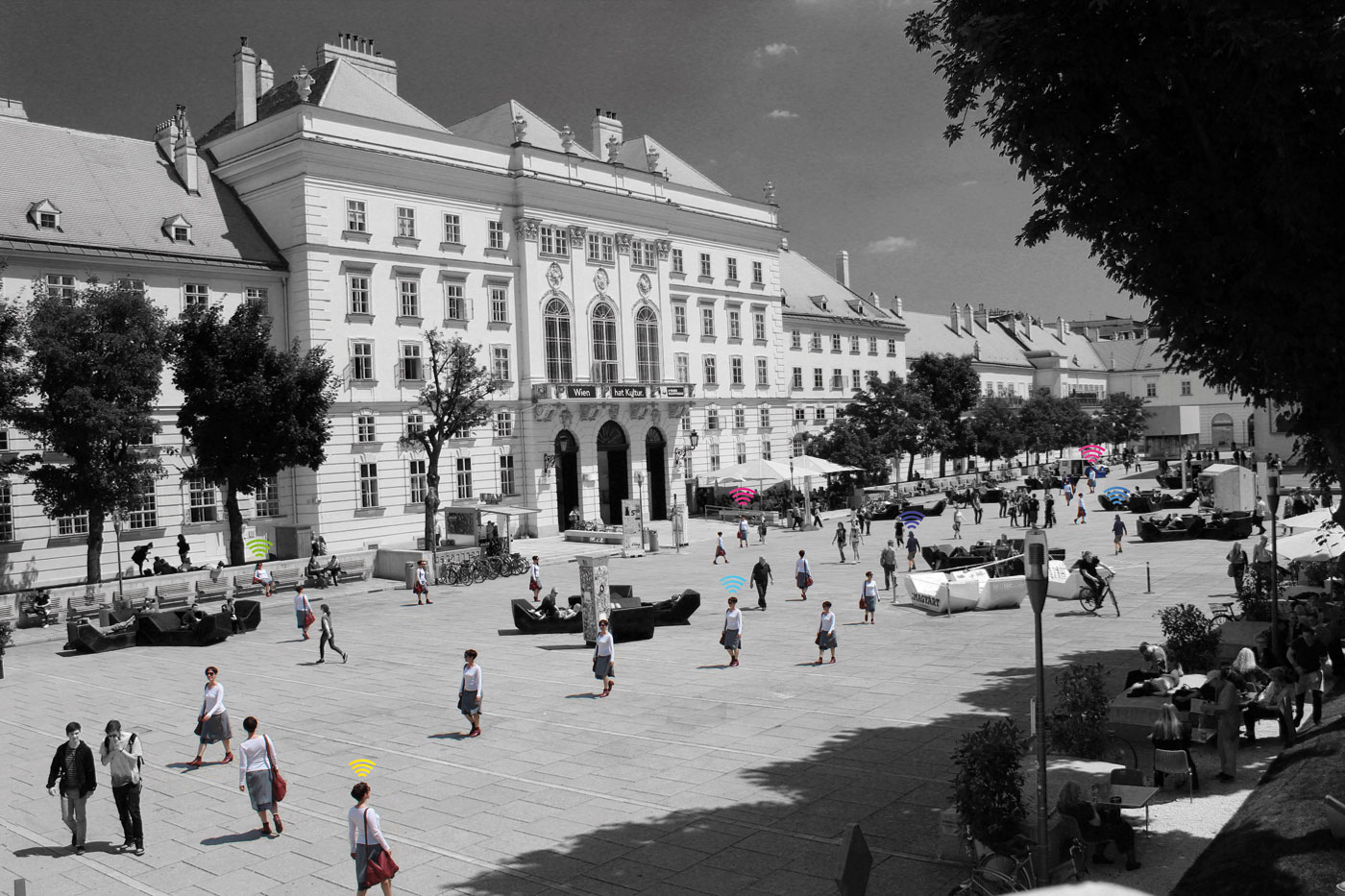 “Living Radio Hier und Jetzt” is the installation version of the three-part live audio guide intervention “Living Radio” held in the Main Courtyard of the MQ Wien on 8 August 2015. Two protagonists equipped with microphones went for a walk in the MQ Courtyard, describing what they saw as they went. They were unscripted, however followed a precise timeplan for “performing” the content of their narrative: describing an image, an action, or relating an imagined scenario. Additional instructions related to the use of language, taking musical parameters into consideration, such as dynamic, tempo or sound quality. The voices of the two protagonists Roberta Cortese and Christoph Theußl were provided with a soundtrack by Laura Mello and Wolfgang Musil consisting of pre-produced and live processed sound material. The interplay between the four participants was broadcast live on Radio Orange 94.0 in the Wiener Radia Kollektiv series.
For TONSPUR 66 Laura Mello has selected the most appropriate excerpts from the original recording to complete a multi-channel composition for the situation in the MQ TONSPUR_passage. 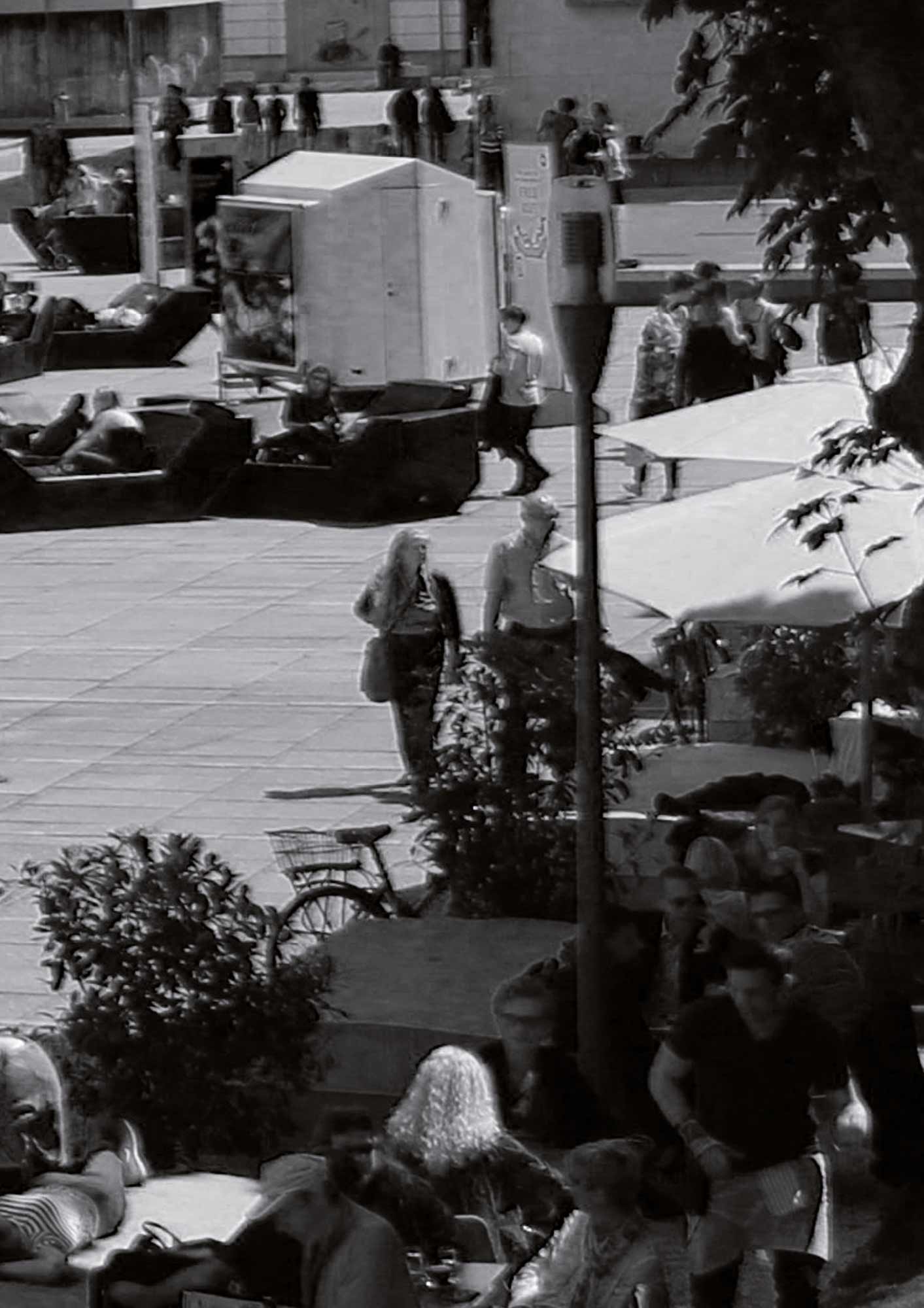 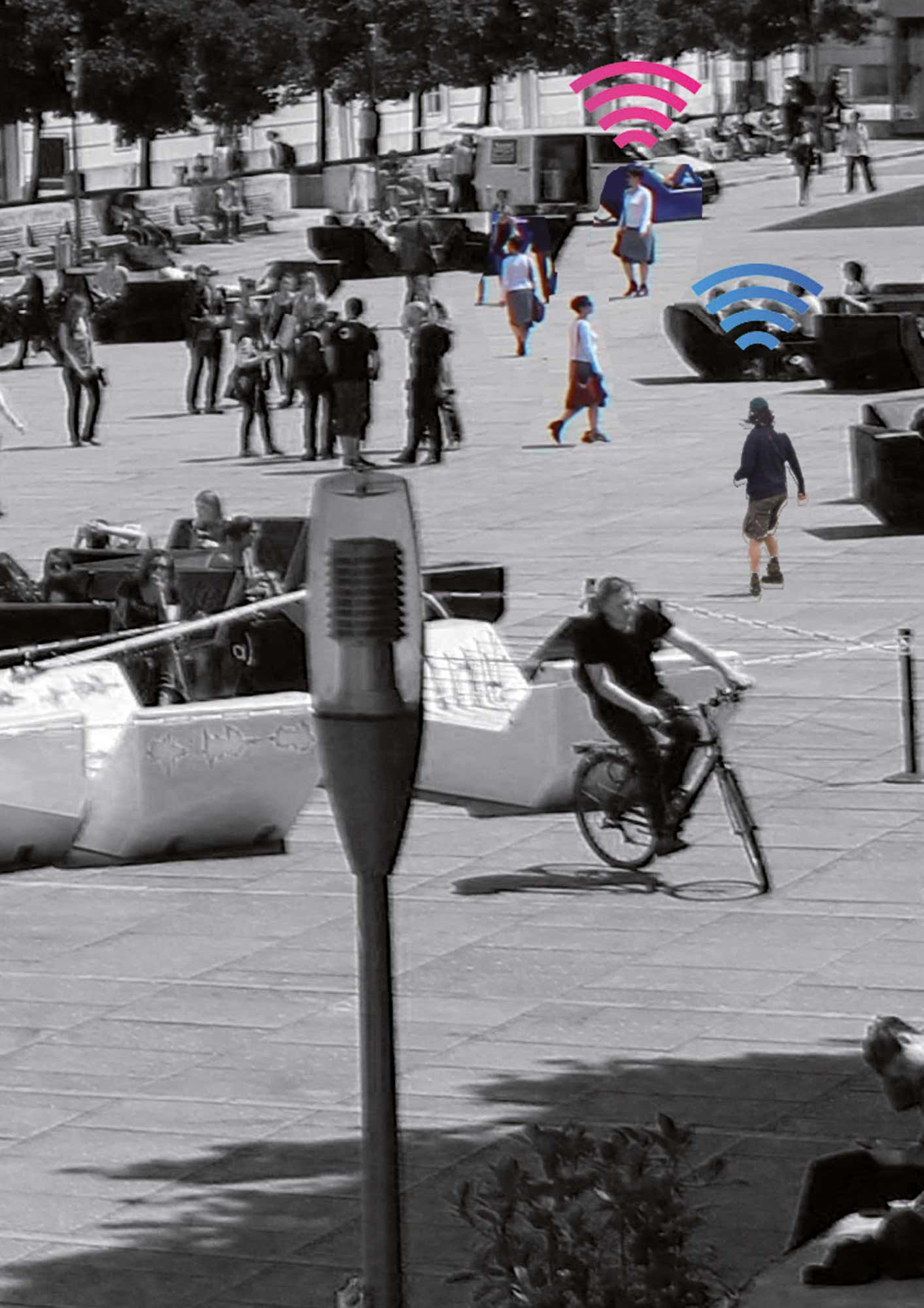 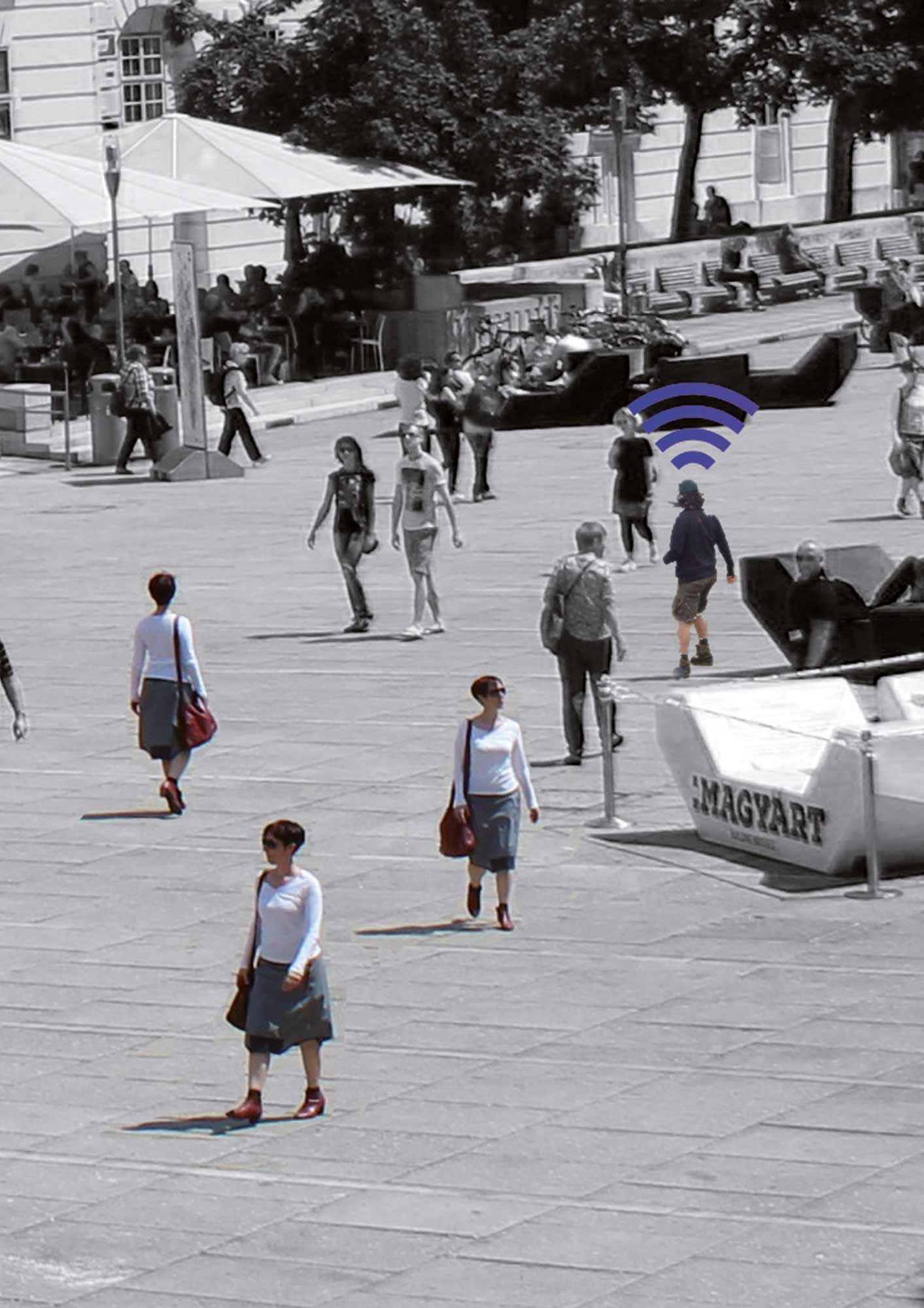 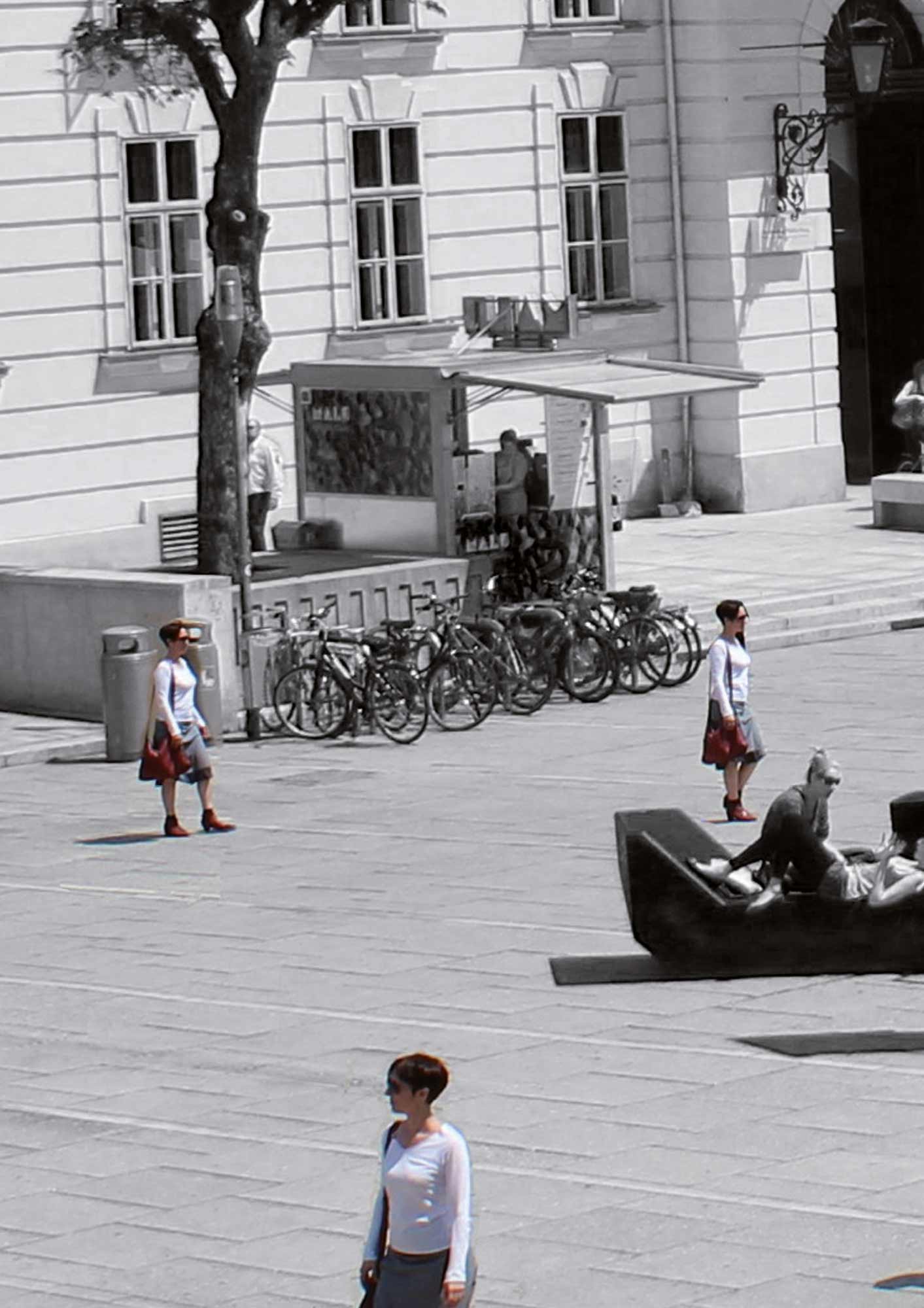 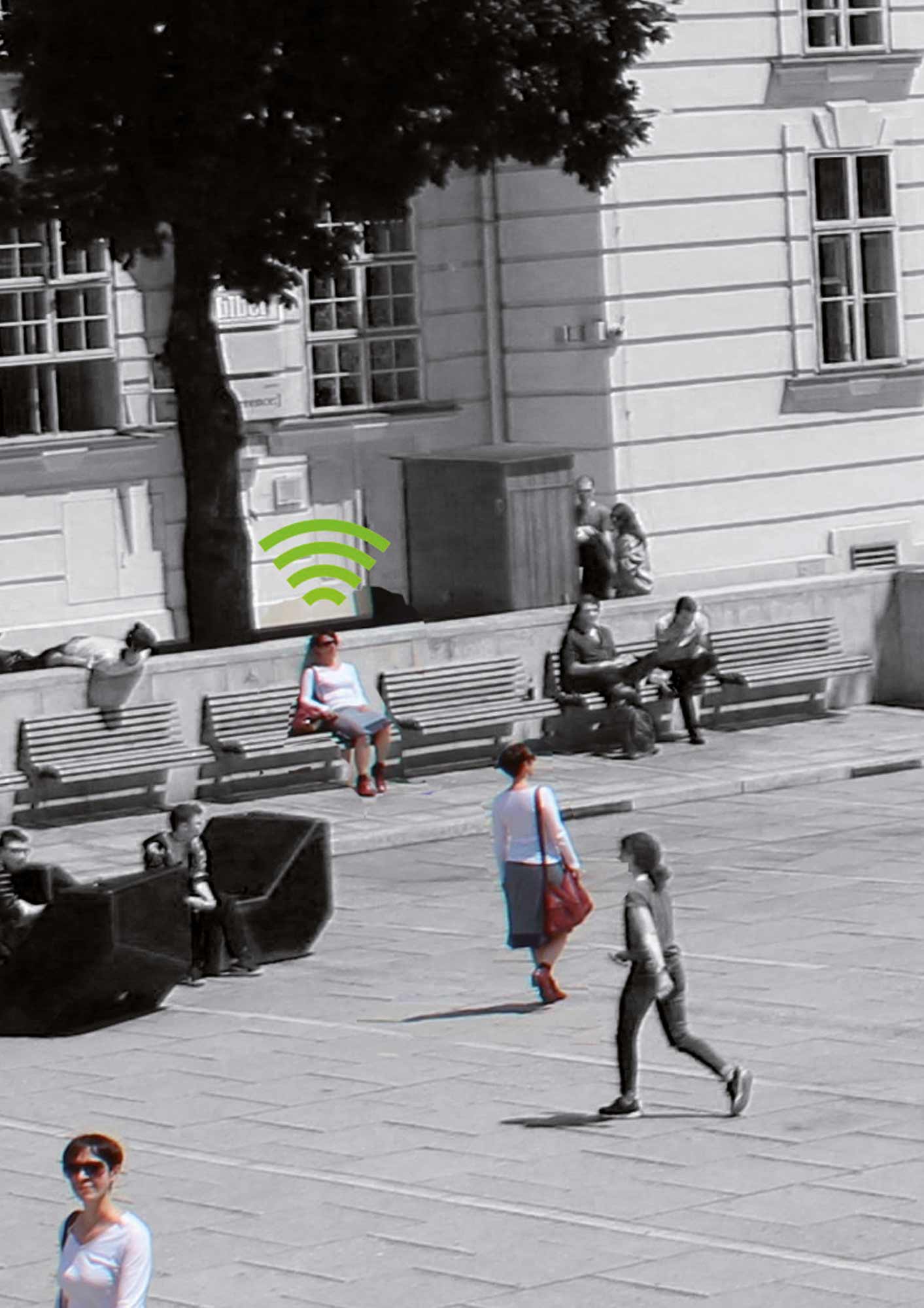 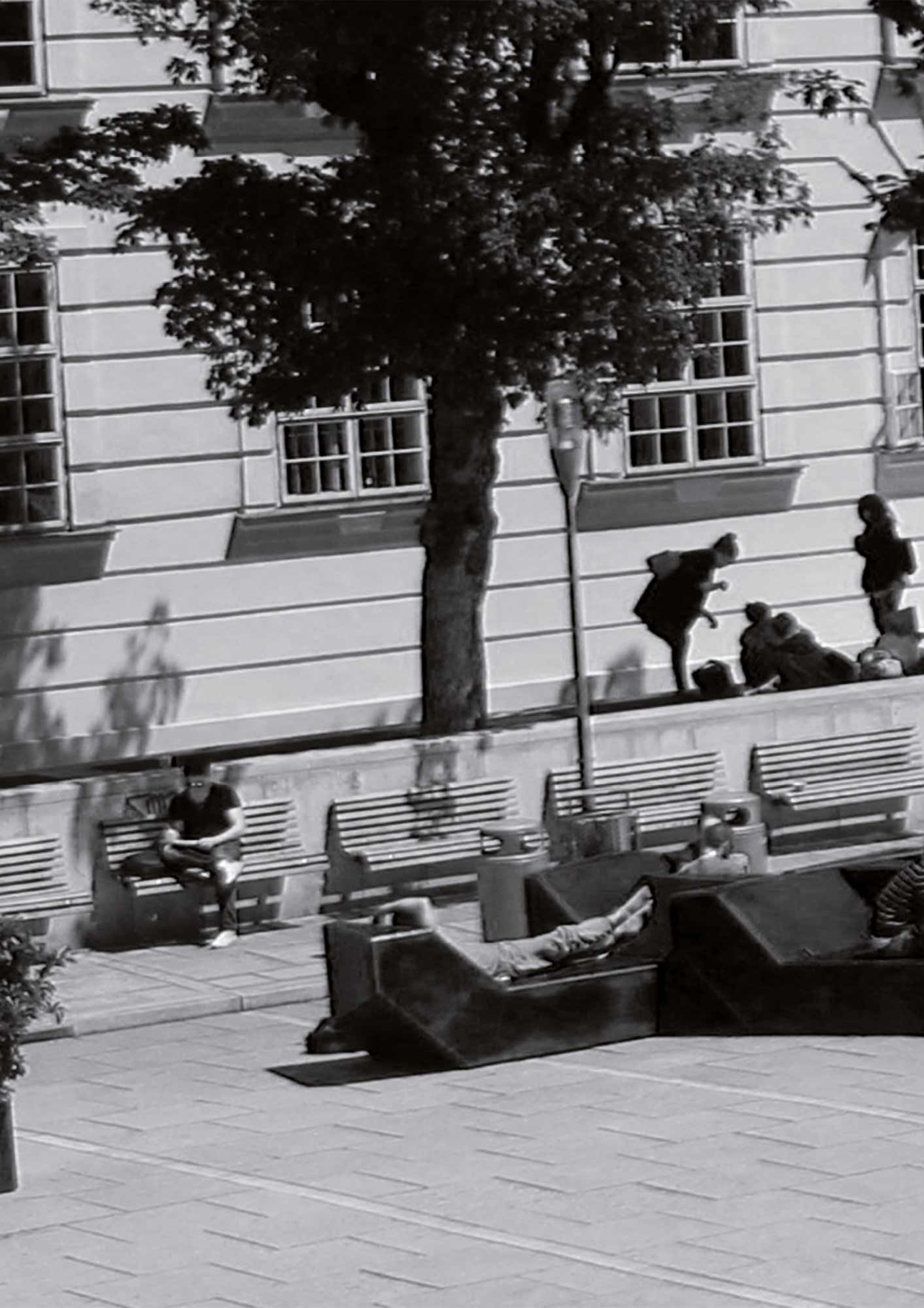 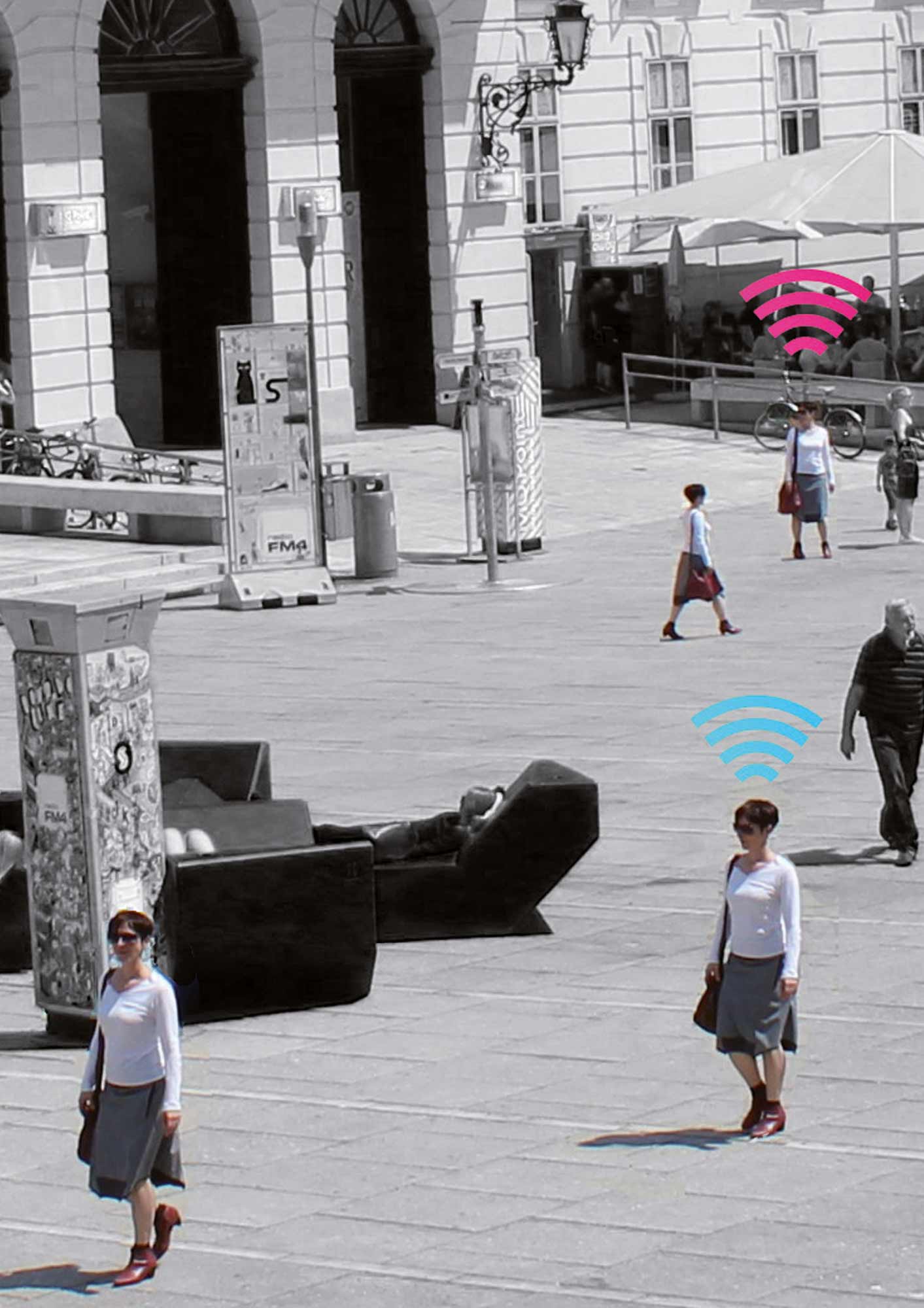