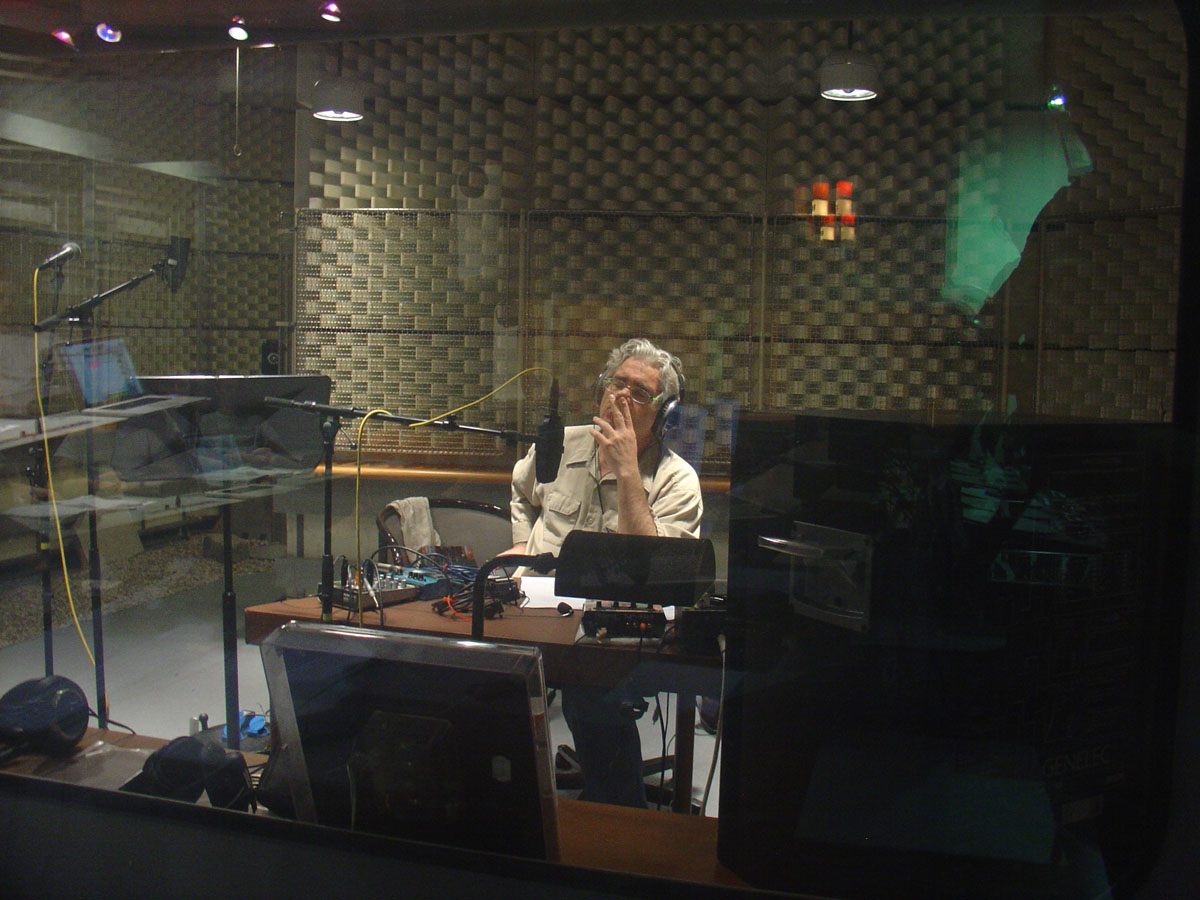 23 WAYS TO REMEMBER SILENCE, BUT ONLY ONE TO BREAK IT

Everything you hear is filtered through your memory. No one else creates the world like you do, and no one else has the same holographic memory of place and time. “23 ways…” is here to grab your attention and recreate the world with stories, songs and music that can trigger and jolt your memory banks. In a moment, you’ll hear a sound story of my world: Every 30 minutes, the course of the day is celebrated acoustically; there’s a song everyone can sing; a parade of amateur singers on Karl-Marx-Strasse in Berlin-Neukölln; a sonogram of street vendors in New York circa 1911; tortellini, mustard plants, and Milky Ways; streams of boulders and watercress; and let’s not forget paradiddles. Stand directly under a speaker at a 5-4-3-2-1 countdown and you’ll hear a short story. Or walk 23 steps through the passage with the parade (it happens every hour). Hum one of the tunes or contribute your voice to the sing-along chorus. Stroll “23 ways…” to the edge of town where the 24-hour pizza place was and the parade begins, stop for ice cream, the smell of coffee, to tickle a dog behind the ear, for a tumble down a green hill, a father’s voice, fleeting secrets and simple songs. The take-away service is free: it’s your memory!
David Moss, August 2011

TONSPUR 46
It’s like standing at the foot of a high mountain: expressing in just a few lines the importance of the singer, drummer, composer, performer, teacher, curator, improviser, theatre-maker, actor… David Moss [*1949, New York City] in the field of contemporary music releases a good dose of adrenalin even before you set out on your [writing] journey.
Probably the most impressive tribute to the singer David Moss is “he is the Caruso of the avant-garde”. And indeed: this voice knows no limit[s]. Anyone who has experienced David Moss ‘live’ on stage will never forget him. A vocal wonder. And much more. An outstanding performer. A phenomenal interpreter on the keyboard of musical improvisation. A breathtaking juggler of sounds. A sound seducer and seducer of sound. A poet of sounds and words. In short: an extremely likeable institution!
As the 32nd TONSPUR Artist-in-Residence, David Moss is now realising TONSPUR 46 with great commitment. With “23 ways to remember silence, but only 1 way to break it”, this great artist and celebrated performer has captured his musical worlds and poetic moods in over 1000 concerts in a sound installation for public spaces. He invites passers-by to linger and listen in the TONSPUR_passage. And to pick up and take along his melodies, stories and feelings. They live on as memories in the memory of those who move on. 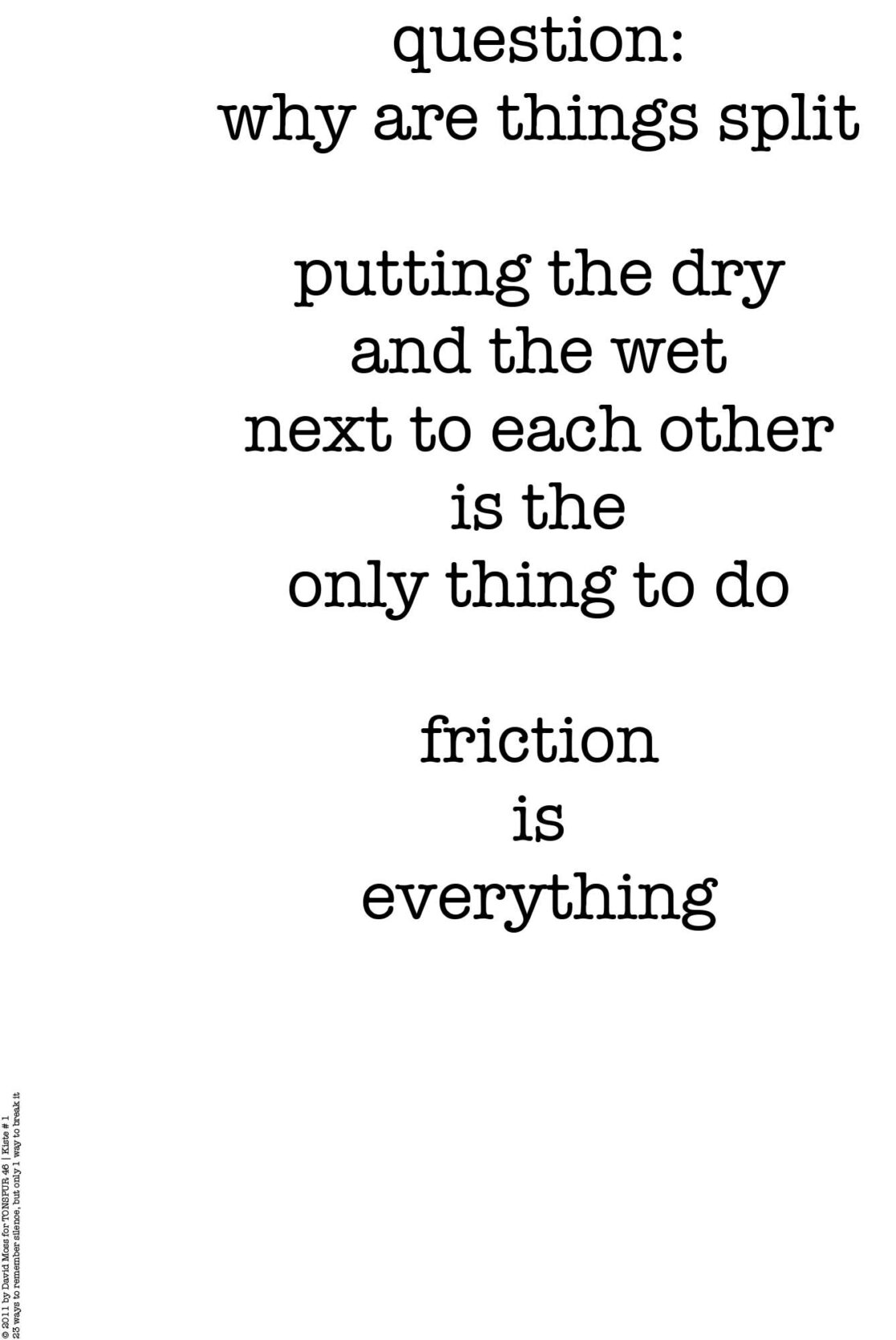 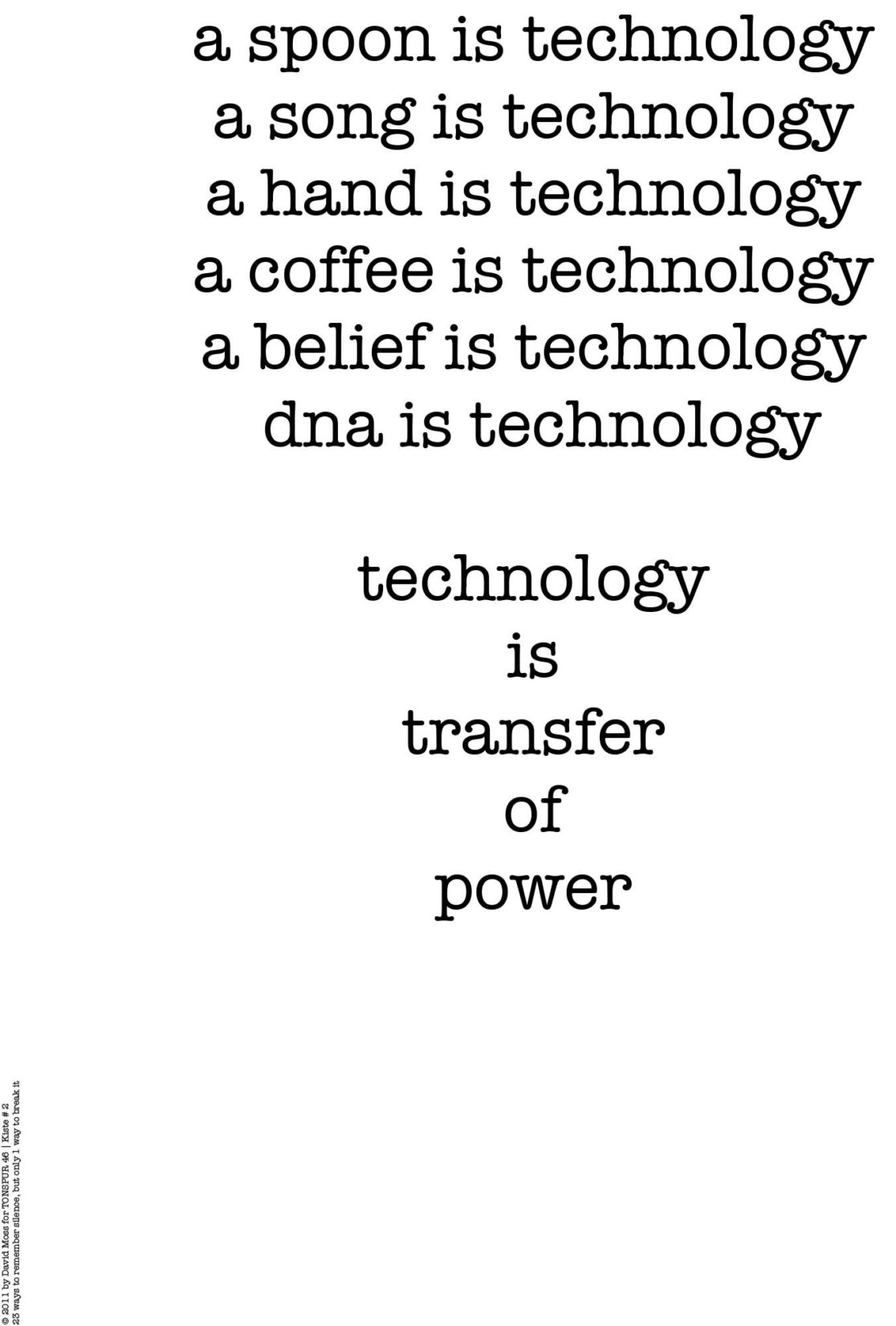 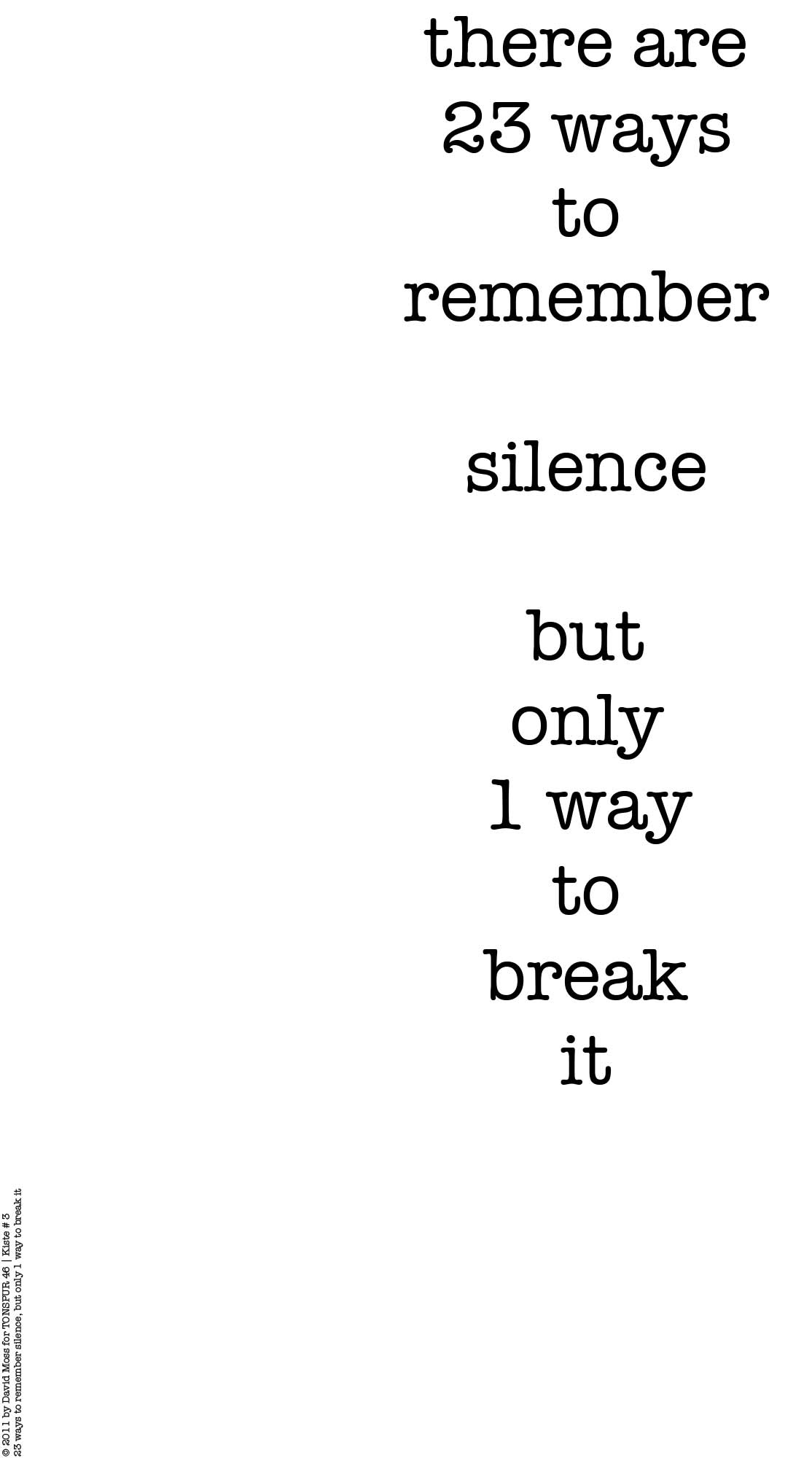 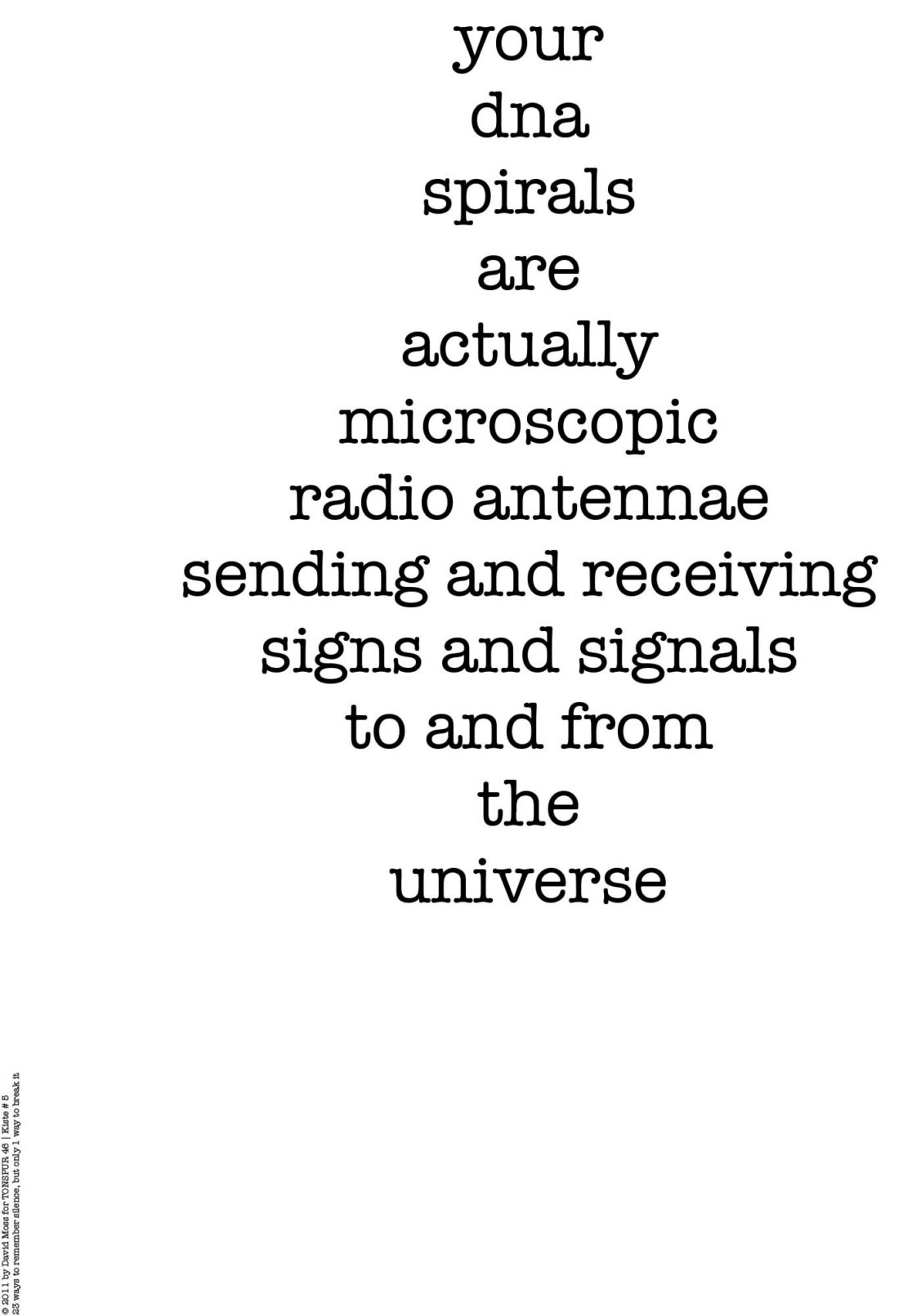 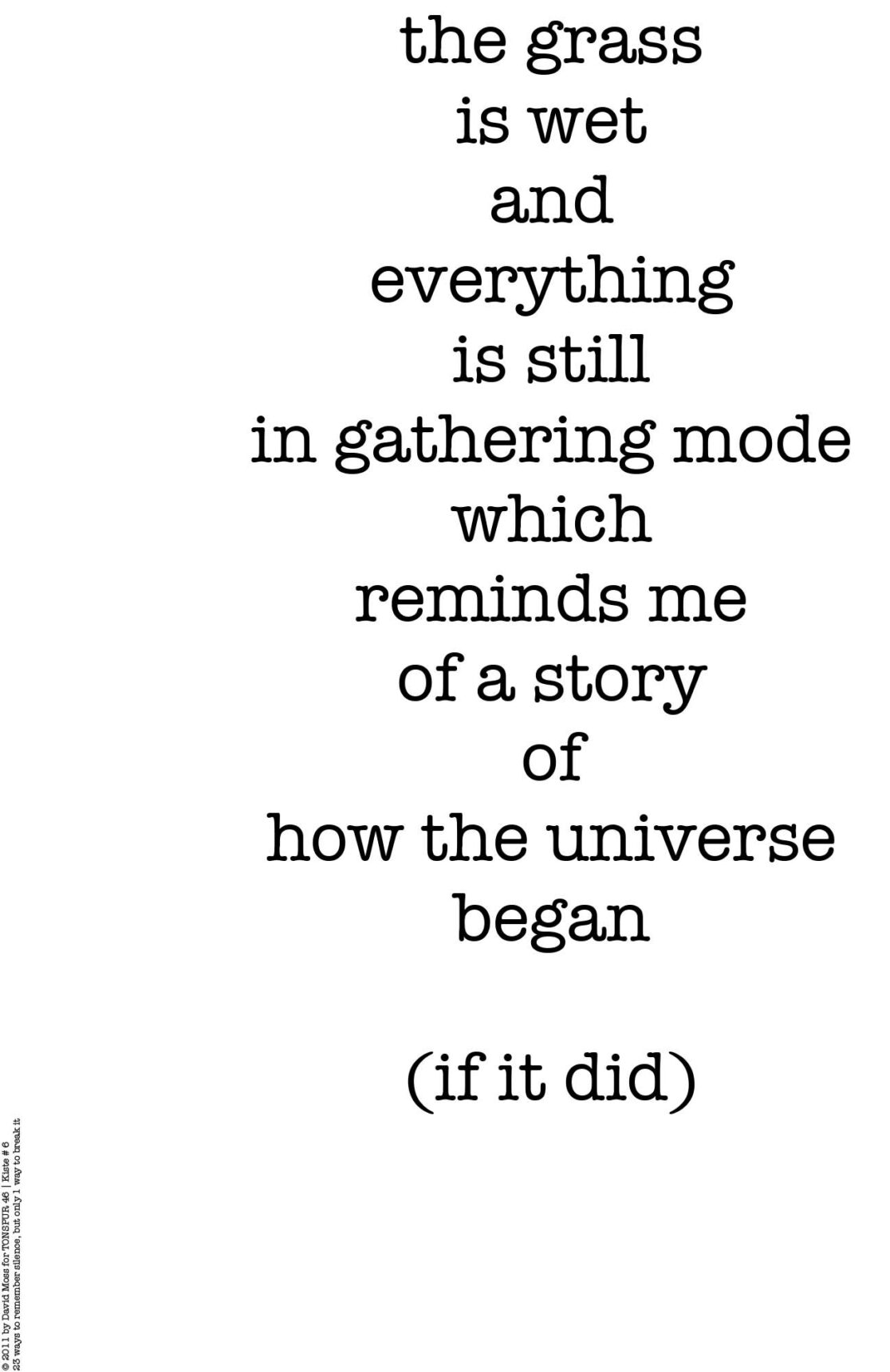 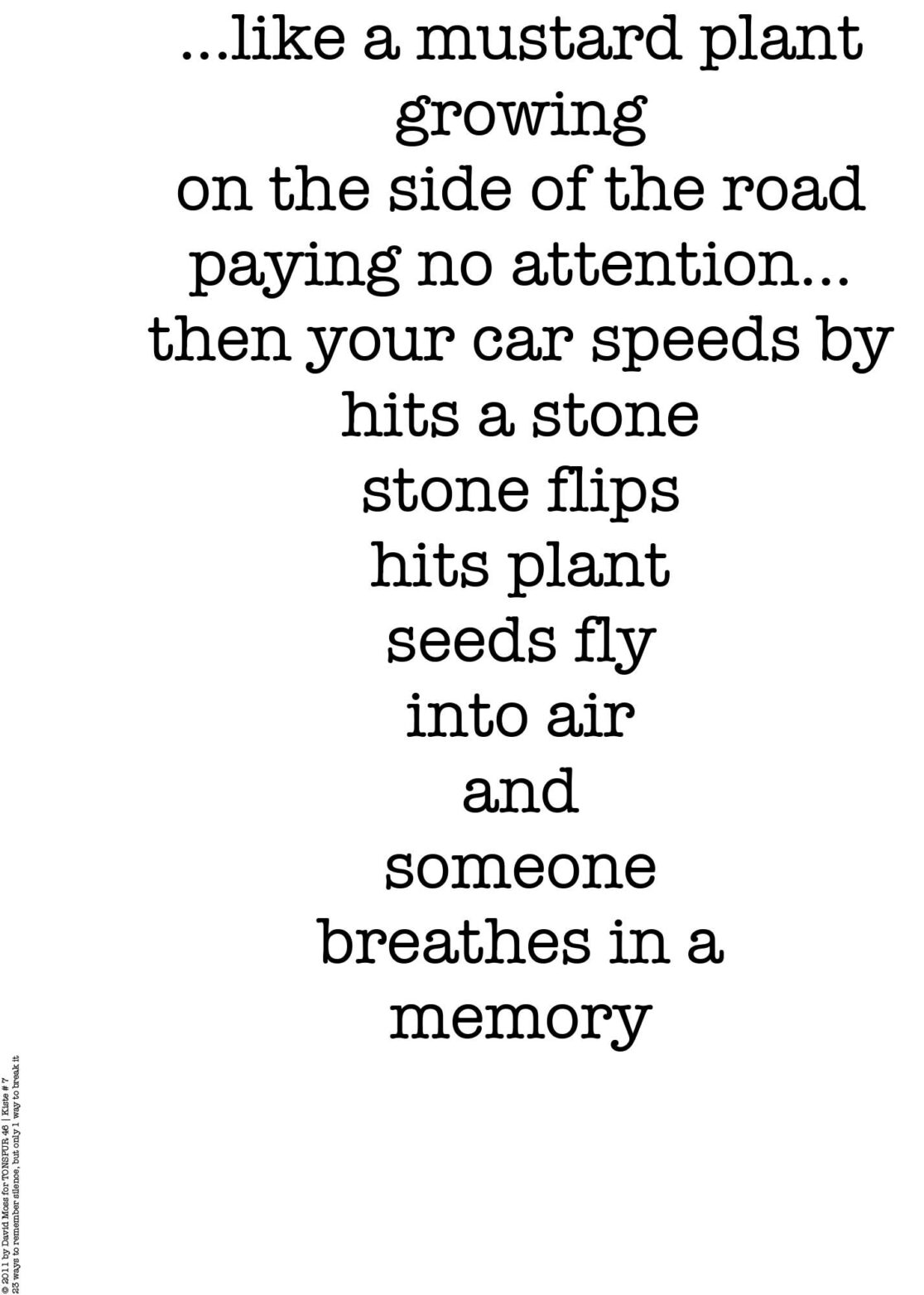