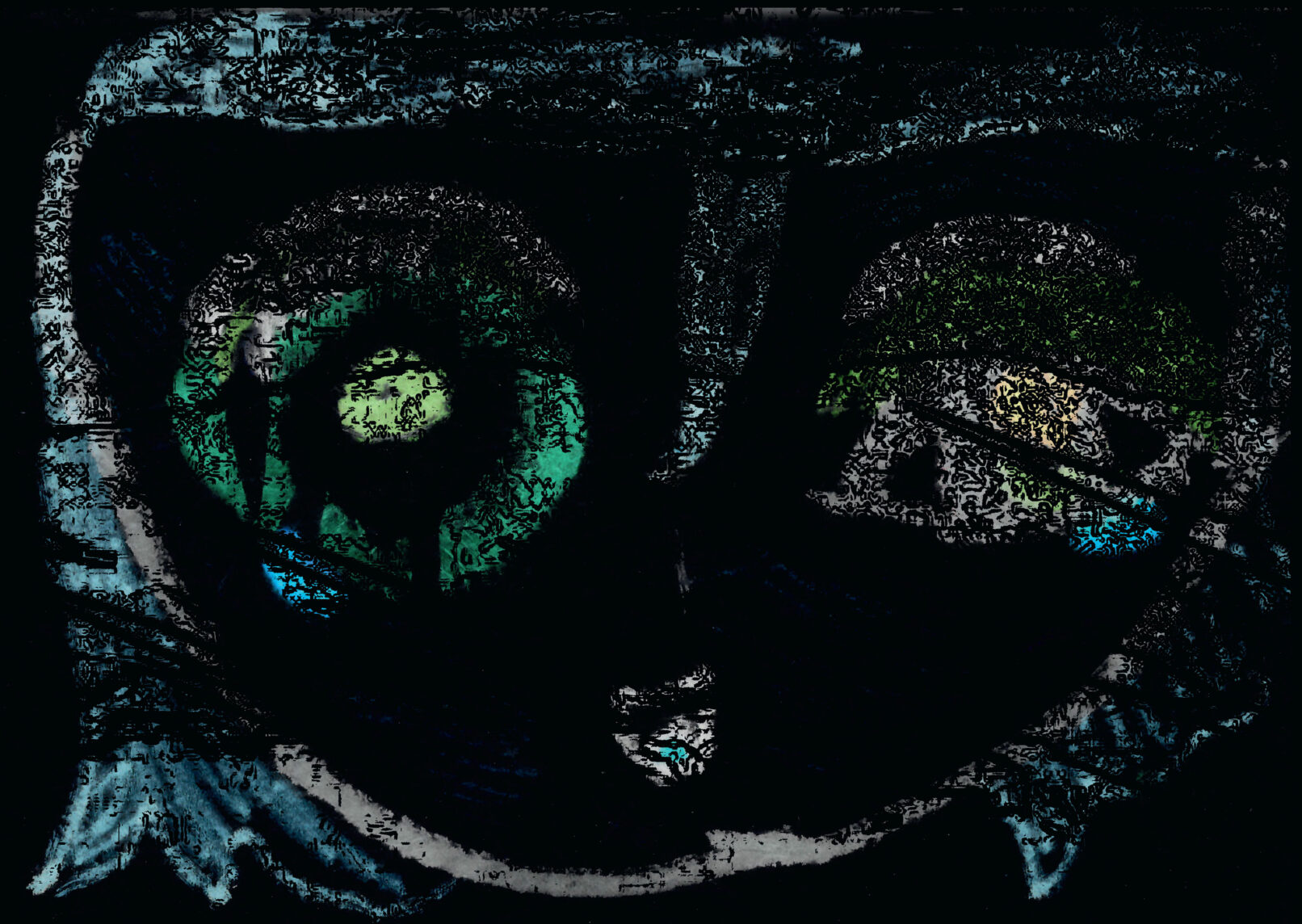 The central idea of the work is based on the historic event at The League of Nations on 19 March 1938, when the Mexican Delegate Isidro Fabela voiced a protest against the Nazi occupation of Austria (the Anschluss). This event proved particularly relevant as the protest provided the background for not having sanctions against Austria after the war. Erzherzog-Karl-Platz in Vienna was renamed Mexikoplatz in 1956 in recognition of the Mexican protest, and in 2005 Austrian and Mexican government representatives unveiled the plaque for the duly renamed Isidro-Fabela Promenade.
“Words over Swords” alludes to and is inspired by these events of 1938. It aims to remind us that, as Immanuel Kant stated back in 1795, in “Perpetual Peace: A Philosophical Sketch”, “a violation of rights in one place is felt throughout the world” in all communities regardless of breadth. This is as pertinent today as it has ever been. While the words are literal, the “swords” are metaphorical in the composition, representing all weapons of war. It is about peace, not war. In this work, I want to call attention to the way words and diplomacy can transform our reality, and words should be used as the only “sword” to resolve conflicts between people and nations.
For the composition of the work, I researched in the sound archives of the Österreichische Mediathek in Vienna, to find sound files of speeches and other military sounds recorded specifically in 1938. I subsequently processed these sounds with spectral tools to create the musical material. An important aspect of the composition will be the spatialization of sound for the 8 channels of the TONSPUR Passage and the impact at the venue itself on passers-by. This spatial dimension is reflected in the structure of the work where we will go from the sounds of “words” to “swords” (i.e., the tools of war) and back.
The production of the images for the Postcard and the Passage Gallery follows the same process. The Postcard is based on a digitally processed drawing made of several mouths (the words) combined with an image of a weapon (the swords). For the Gallery, I used Fabela’s protest letter highlighting specific words to be combined with watercolour drawings of mouths and weapons.
Enrique Mendoza 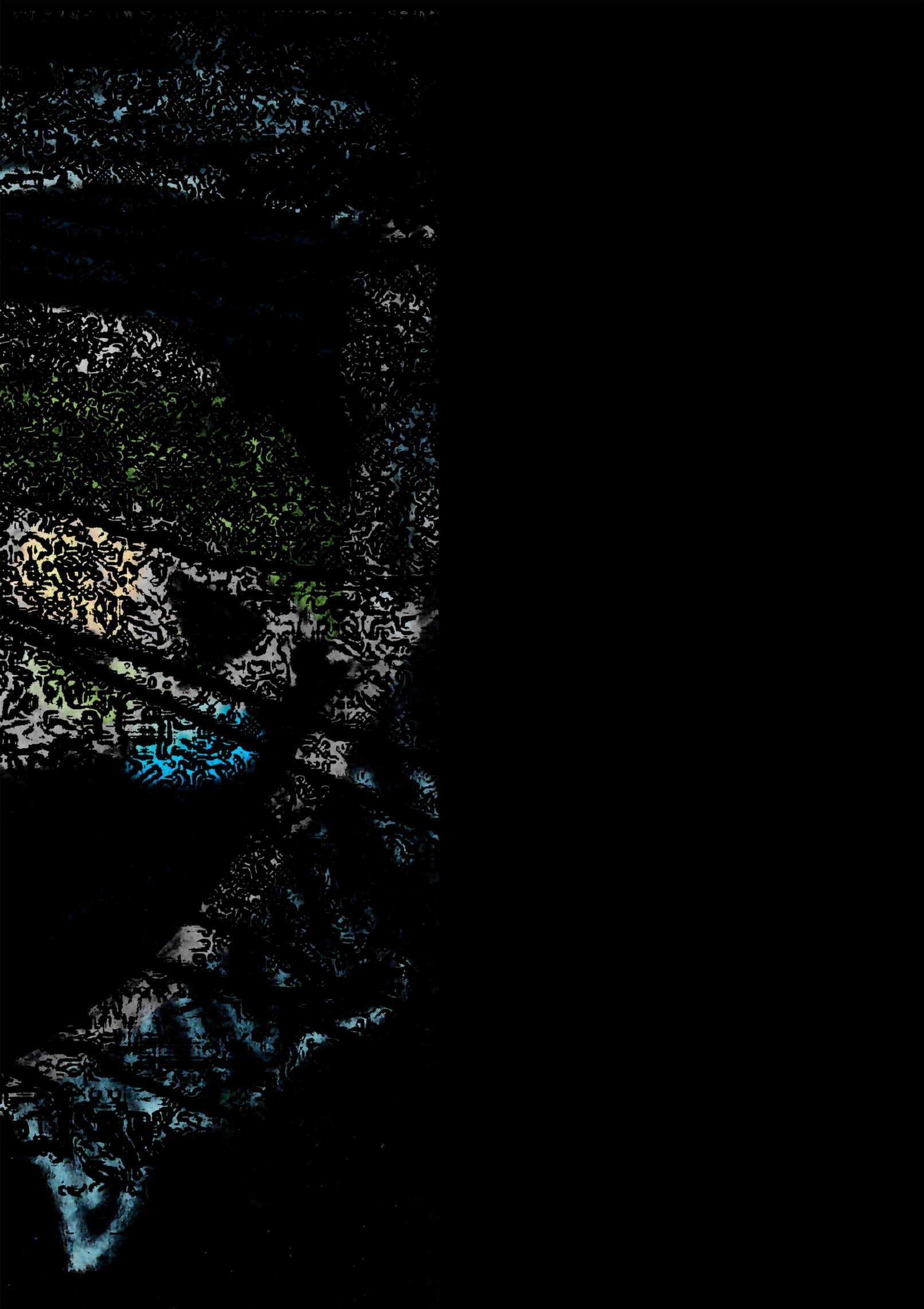 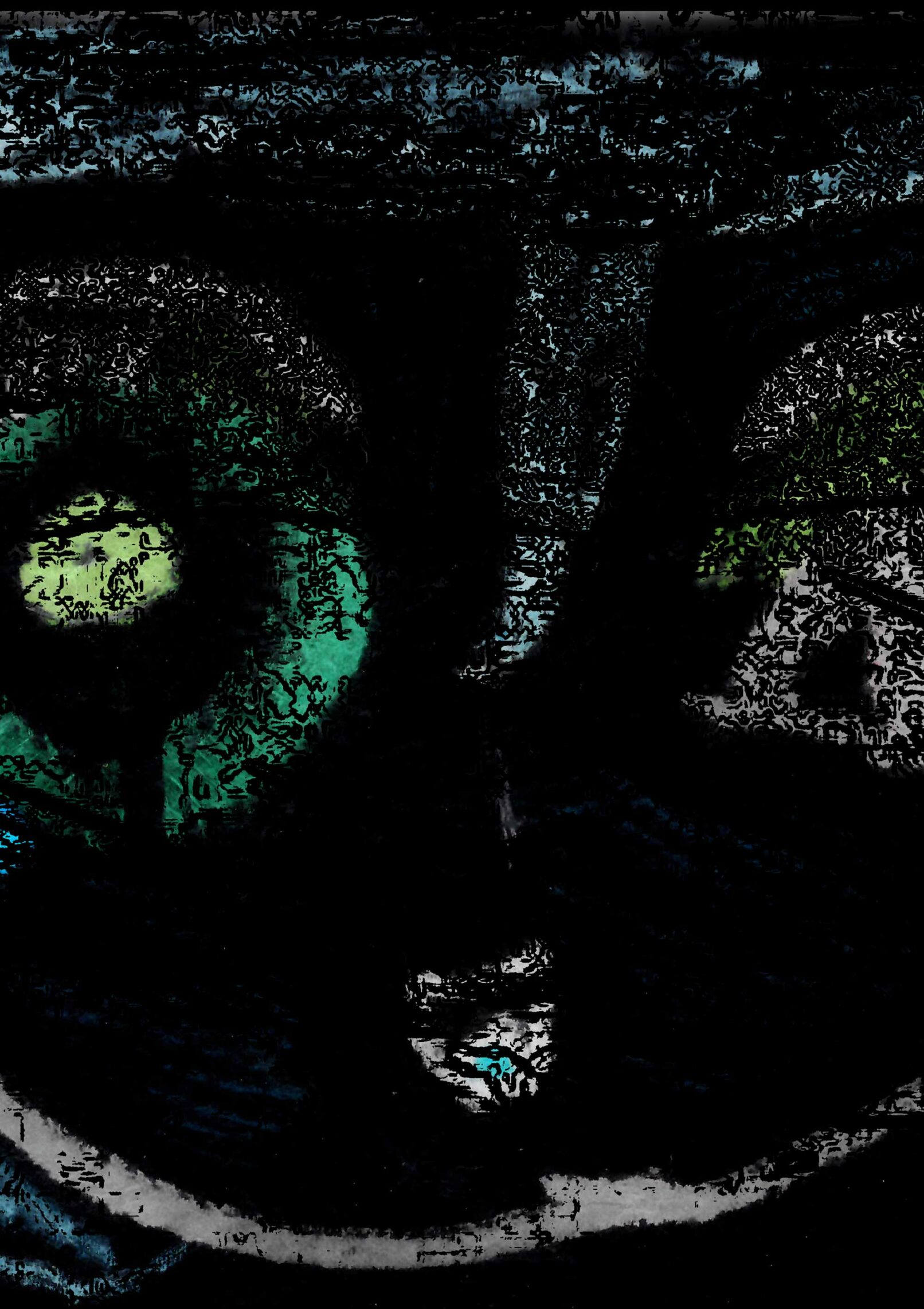 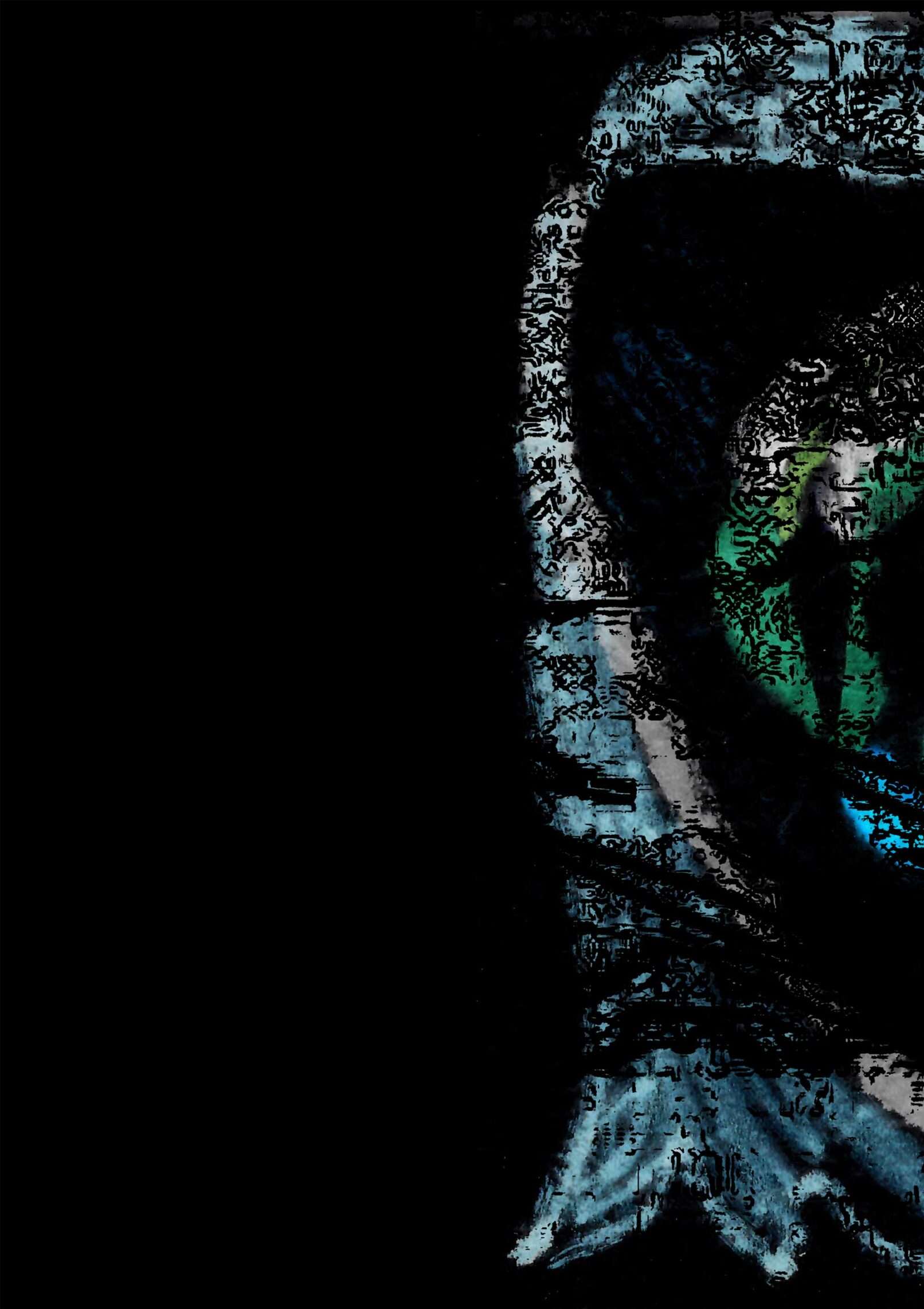 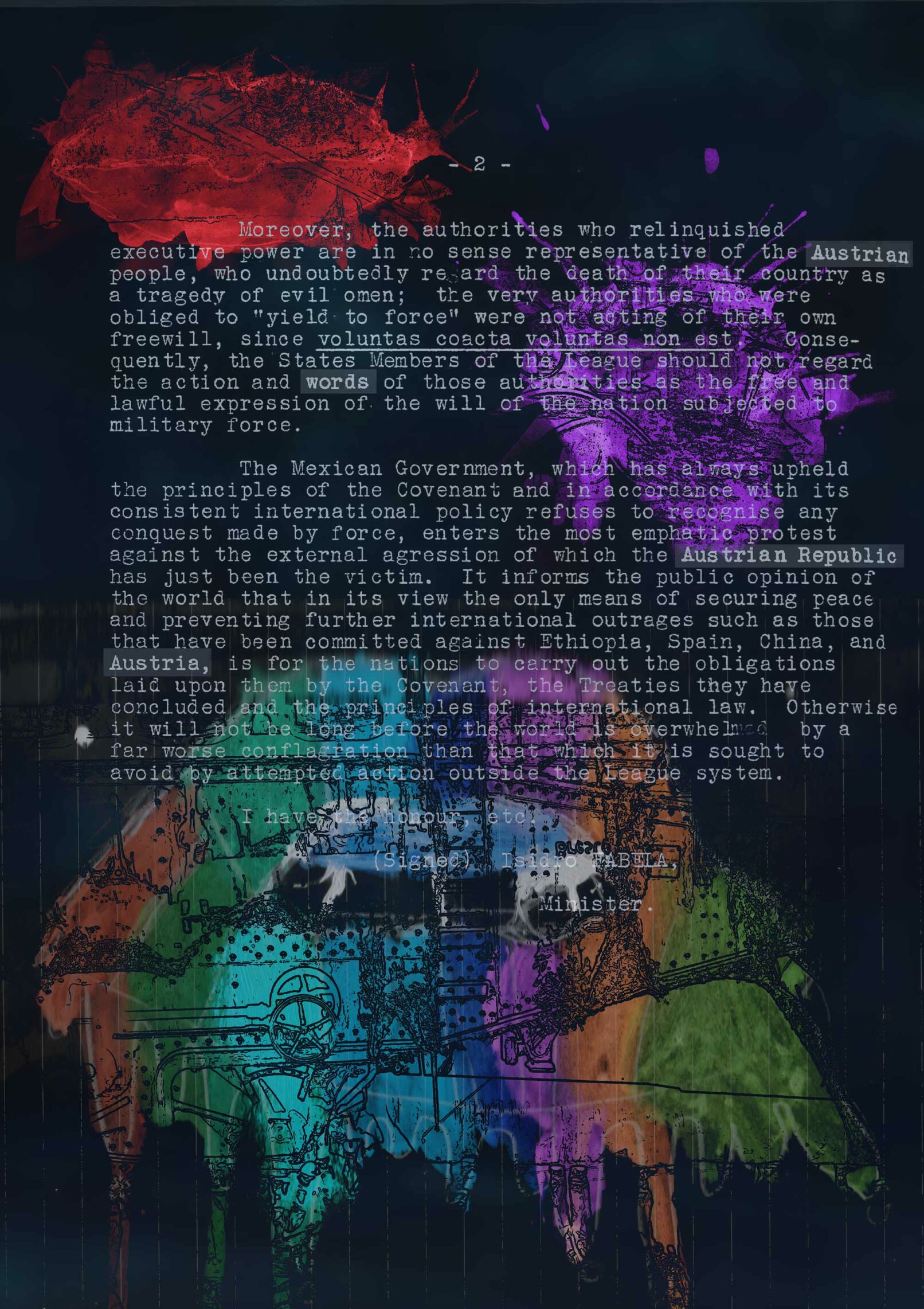 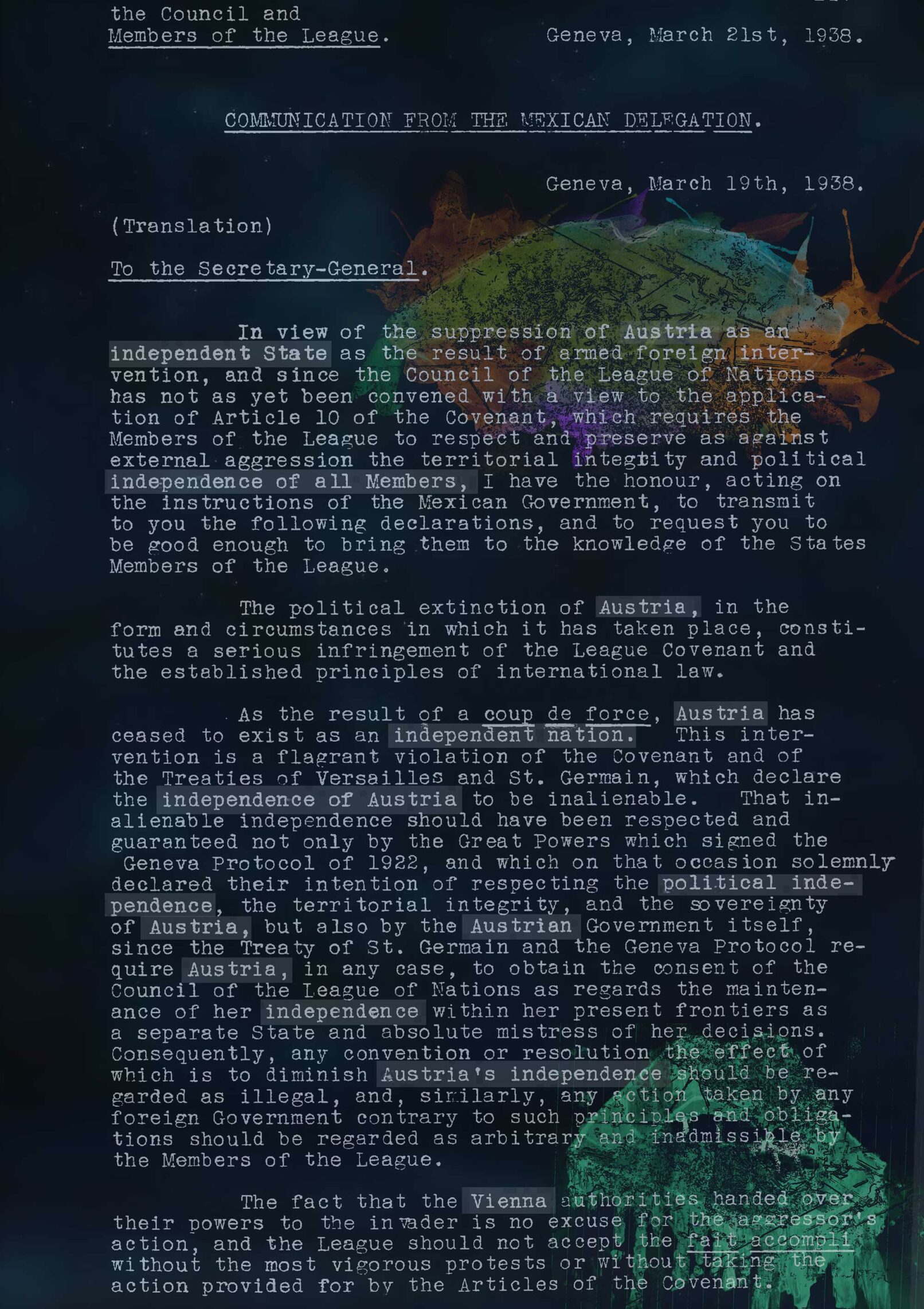 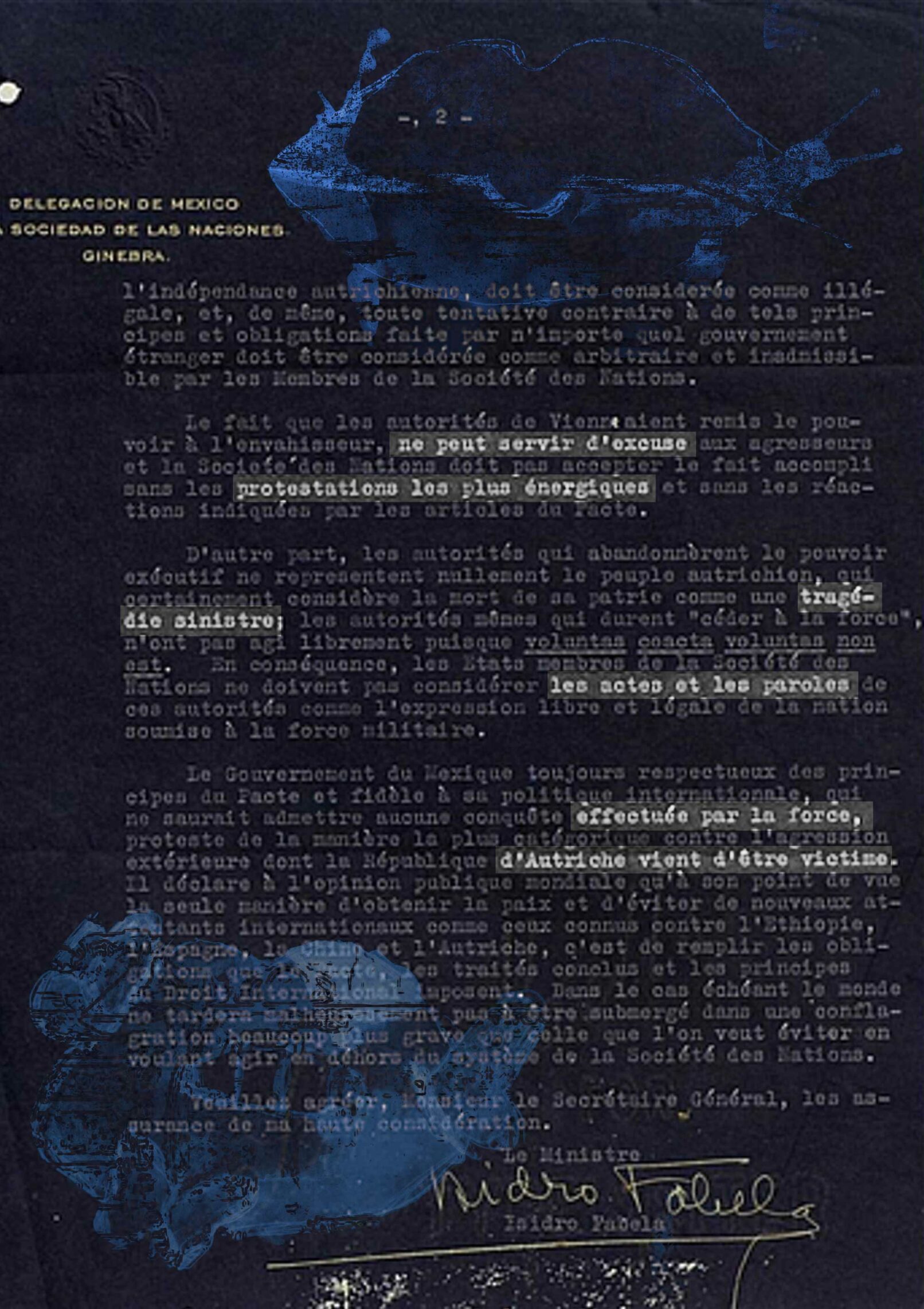 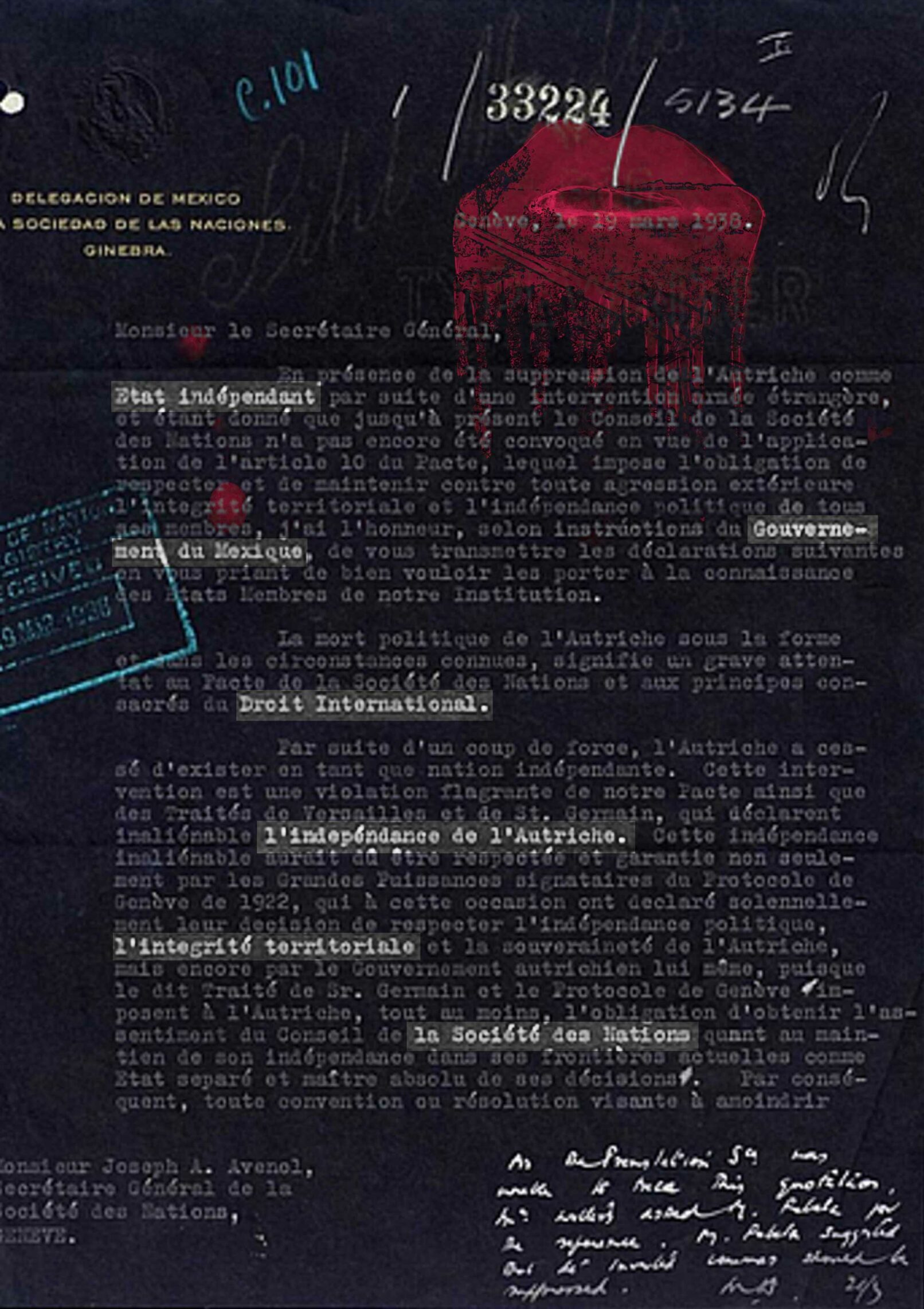