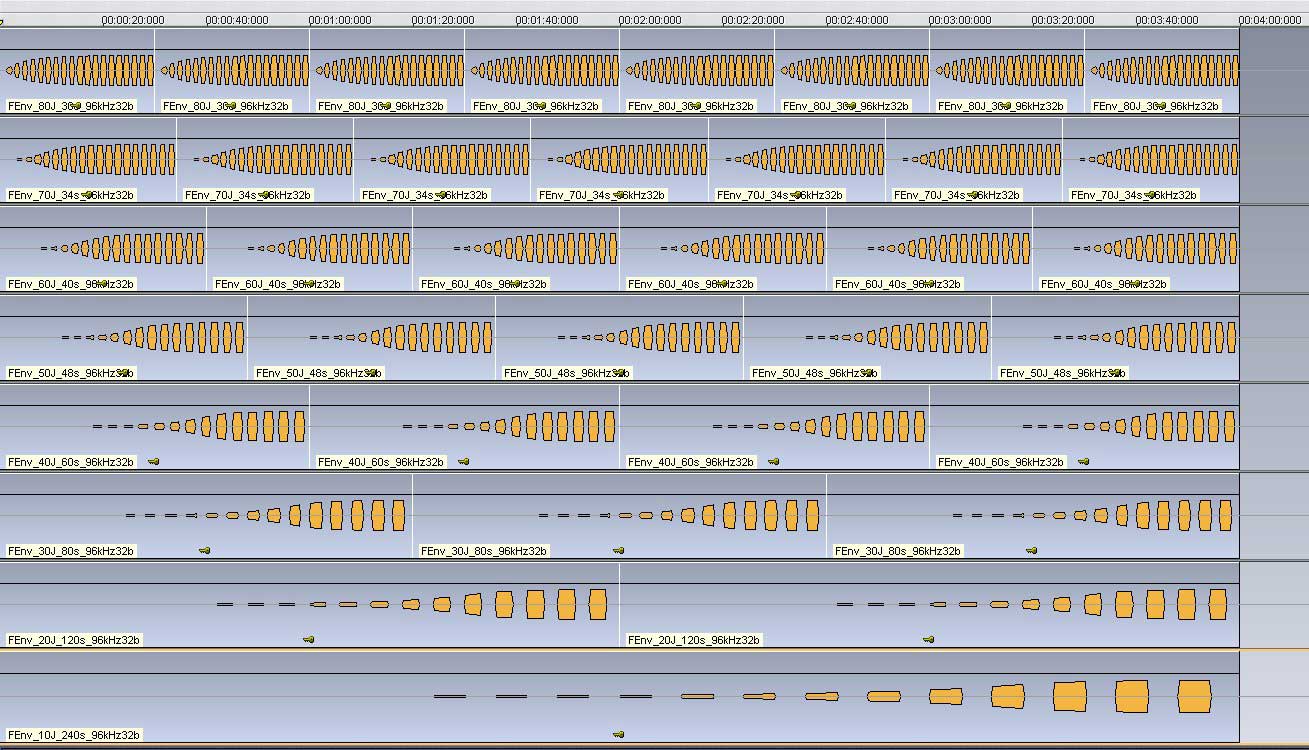 An inaudible piece of music for a nonexistent palace, music for the absent. Or, a piece of music for non-human perception, music dedicated to hearing that totally ignores spoon-fed patterns of human perception. Or, a piece of music for dogs, bats, elephants, whales and the barely-born.
8 audio positions are arranged according to eight stages of life, in order: roughly 10, 20, 30… rising to about 80 years old. The sounds consists of a canon of rising scales on and above the auditory threshold, i.e. into the ultrasonic field, and one of scales descending into the infrasonic field, i.e. sinking to the depths of sound where the tone dissolves into individual sound waves. We can’t hear the latter, we can only feel them: even this part of the music remains inaudible to us — despite the winter weather — until we sit on the bench above one of the speaker positions. The sensory organ for the music heard will no longer be our ears, it’ll be our buttocks.
In contrast, the higher auditory threshold varies considerably according to age. Younger people will clearly hear the speaker positions for the more aged. Although even the youngest of these will not be able to hear everything, just the individual locations where the ascending scale disappears, their own personal auditory threshold — where everything stops.
Palastmusik is dedicated to Siegrid, my wife.
Peter Ablinger, January 2010

BIOGRAPHY
Peter Ablinger, born in Schwanenstadt, Austria in 1959, lives and works in Berlin since 1982.
ablinger.mur.at 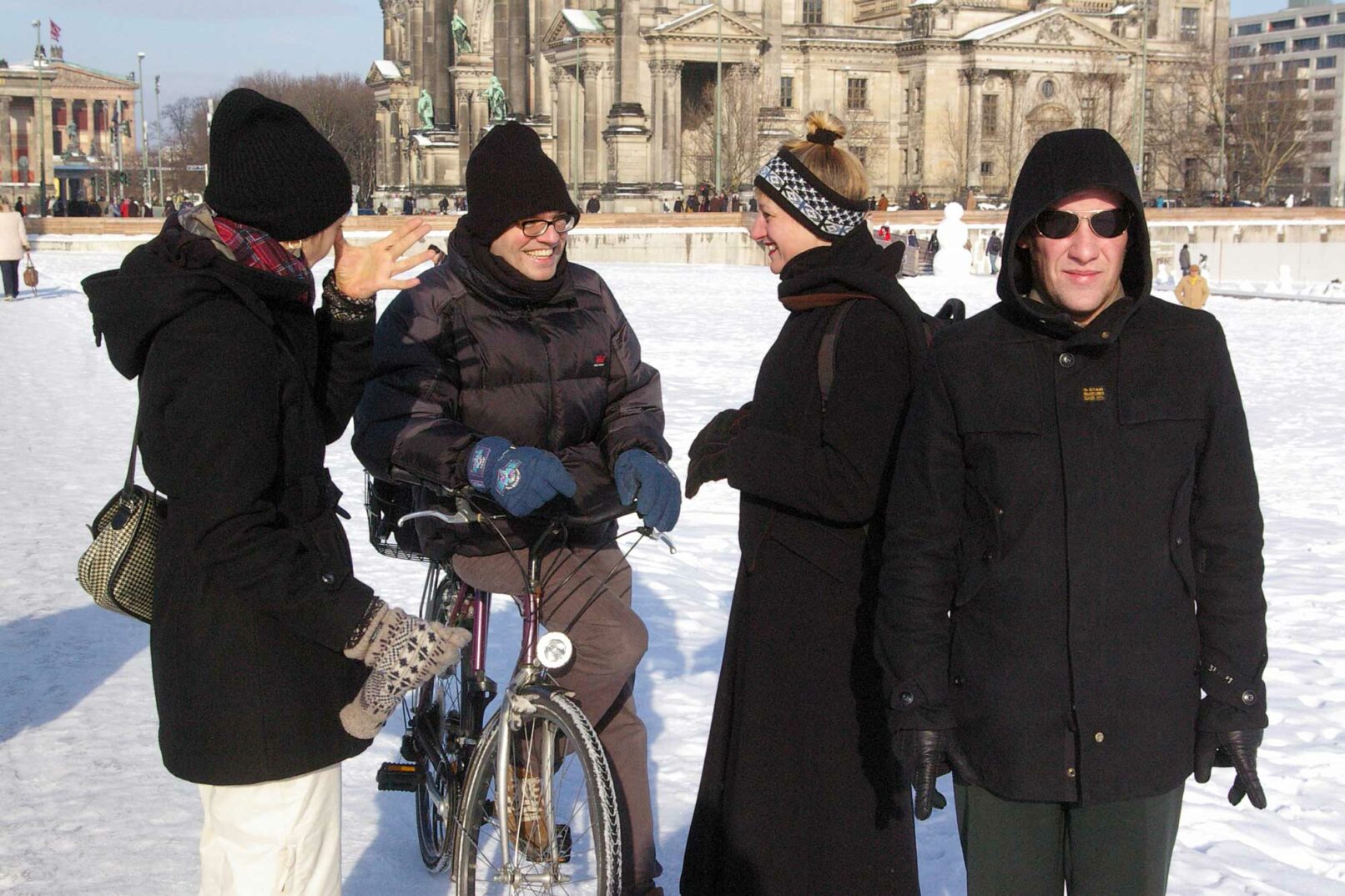 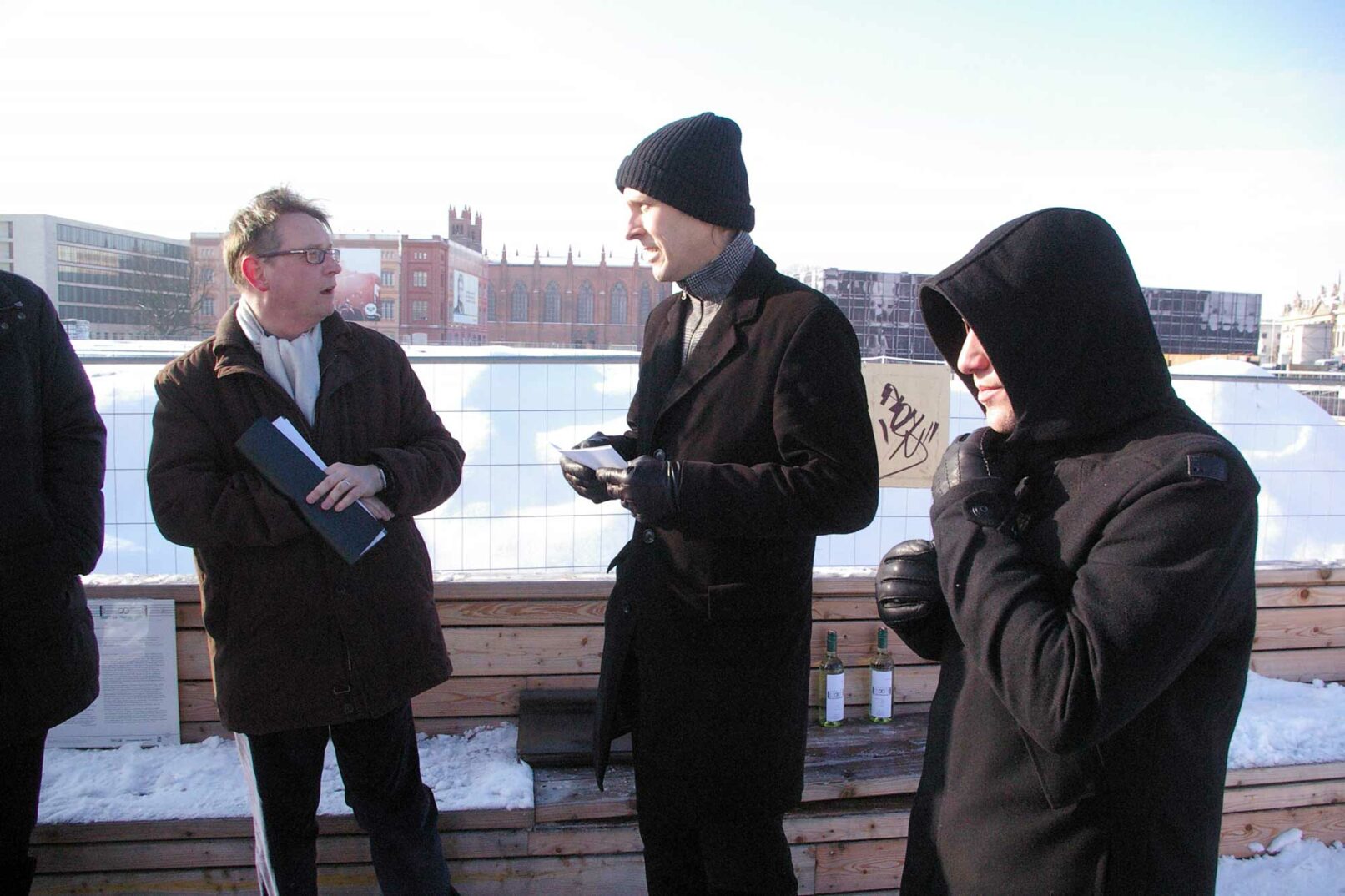 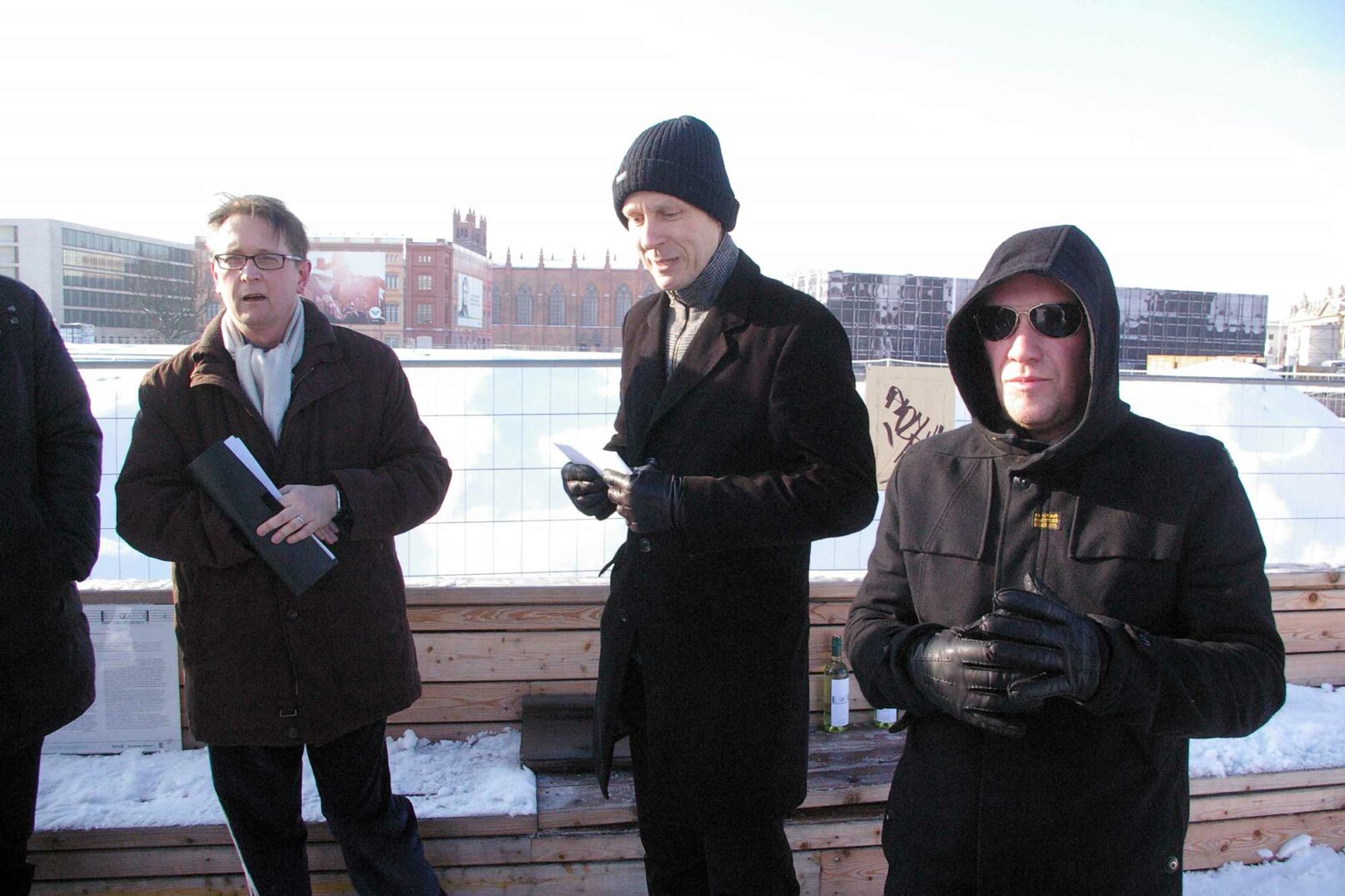 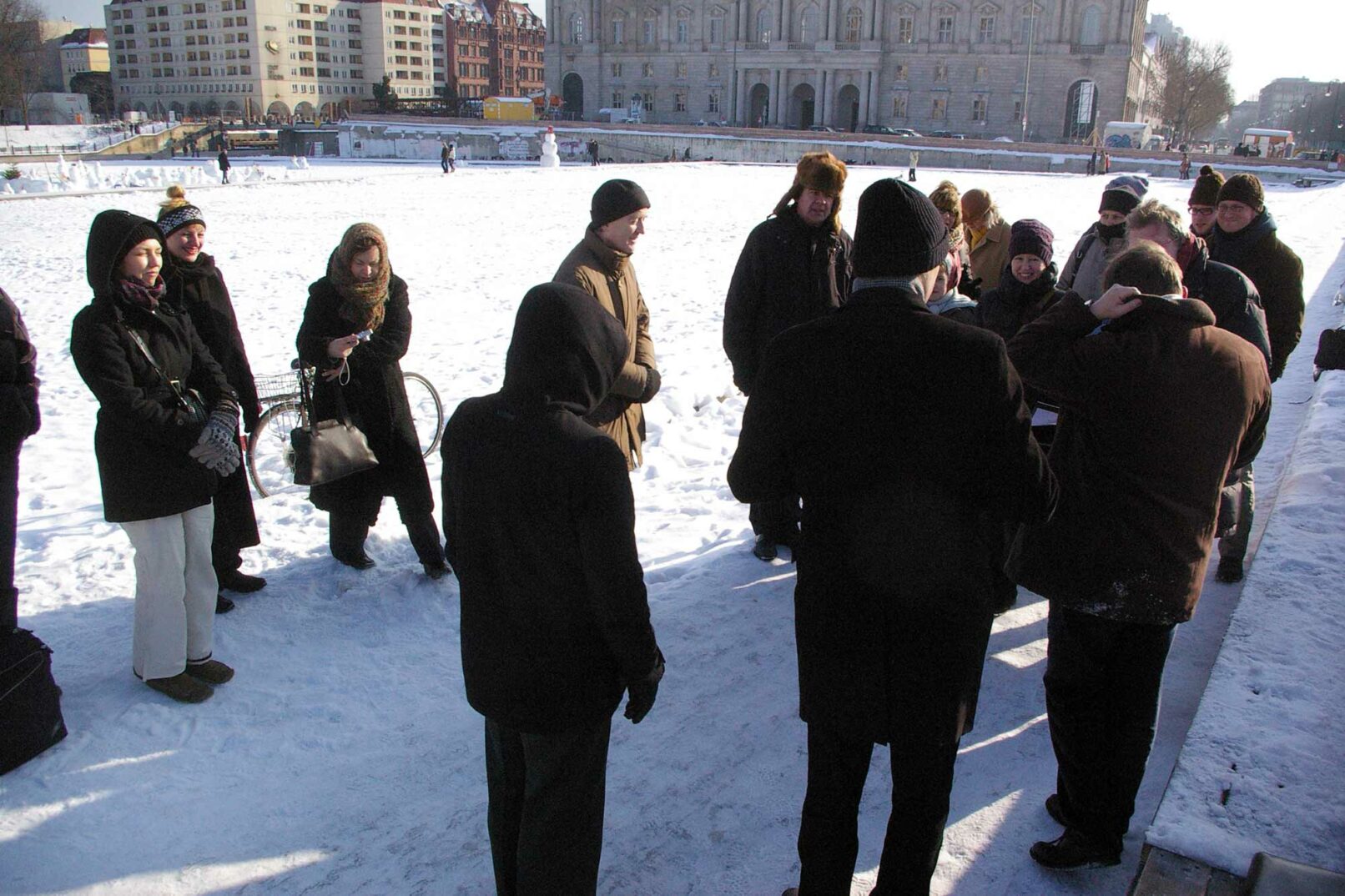 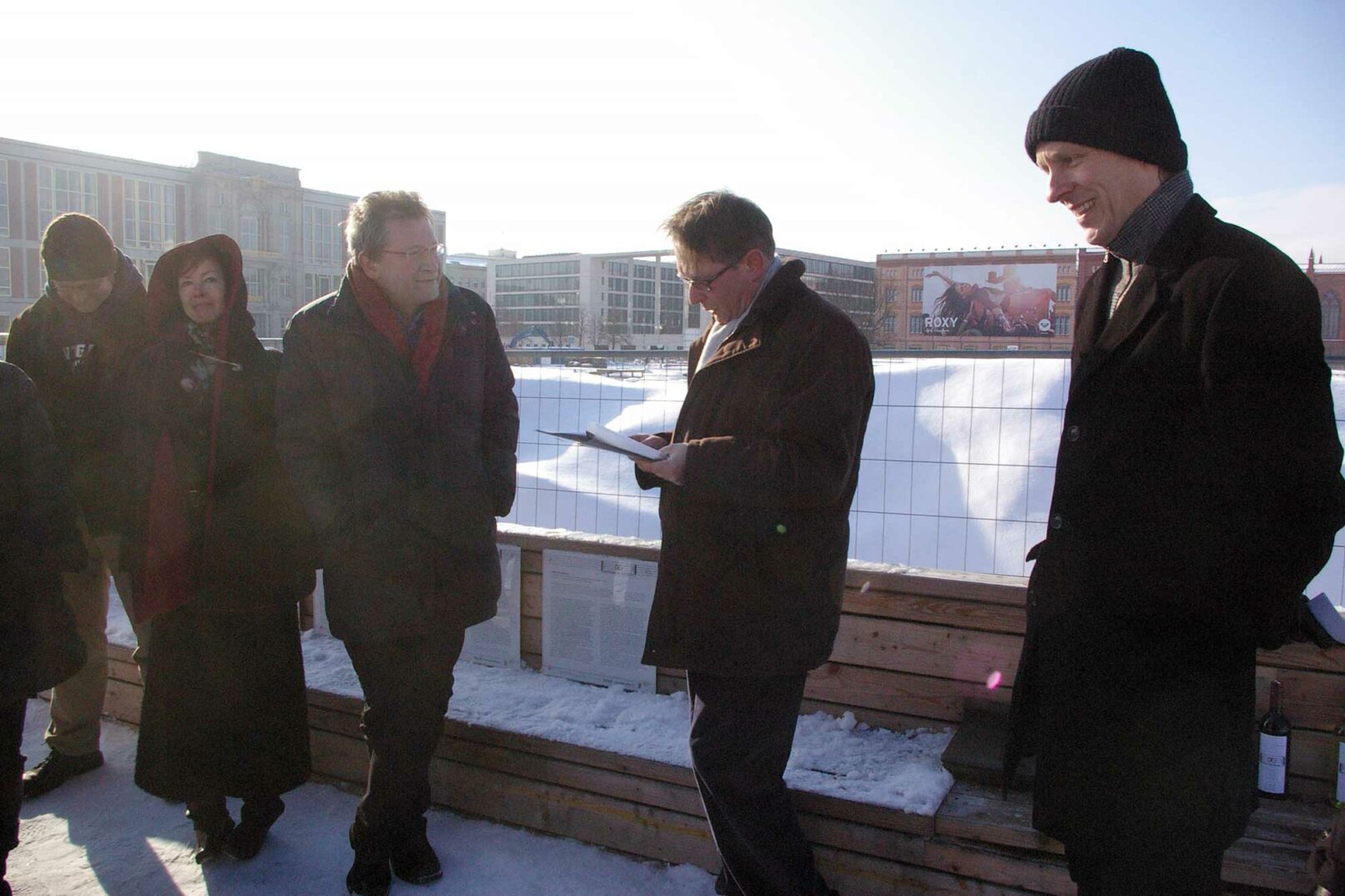 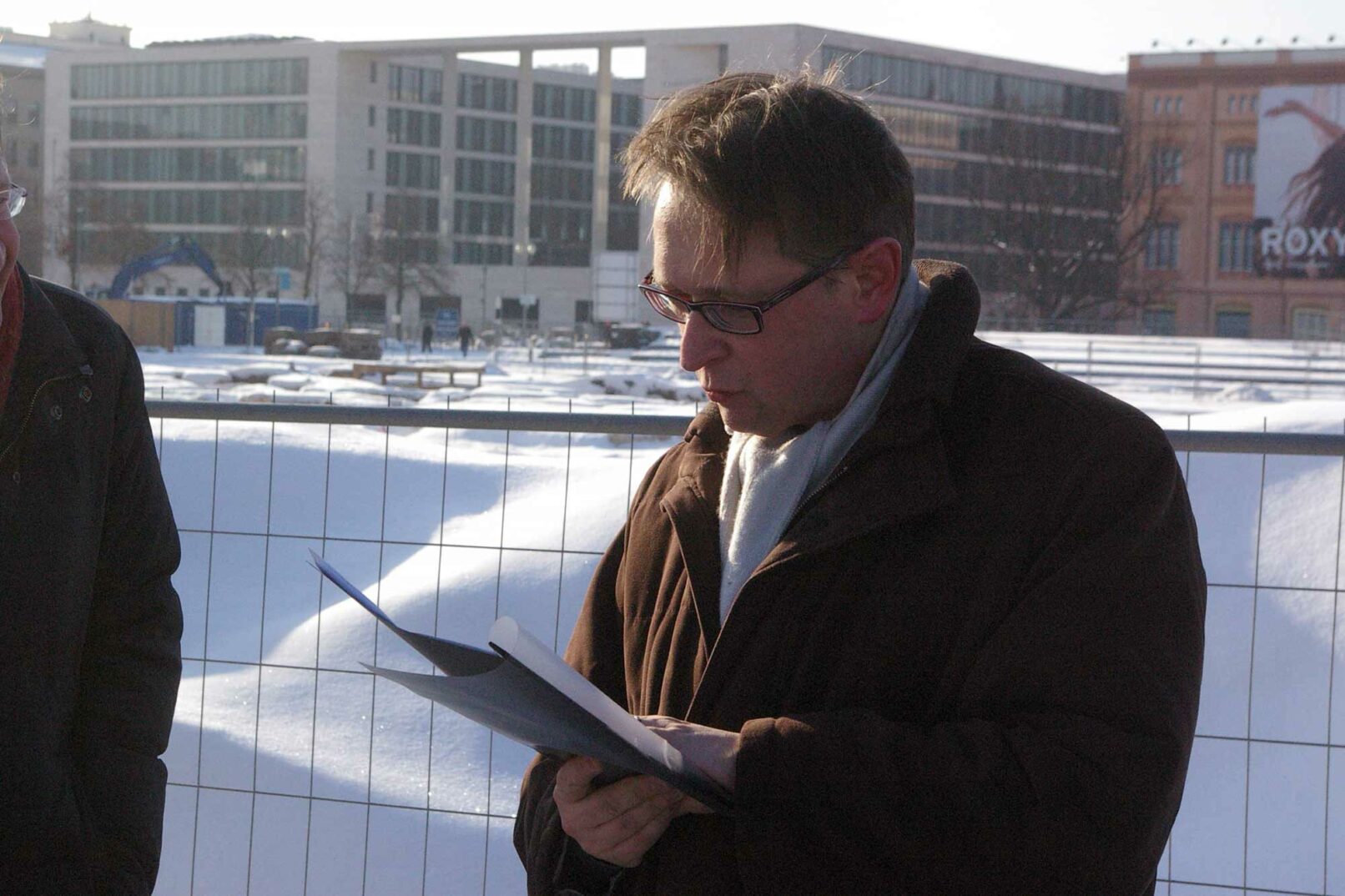 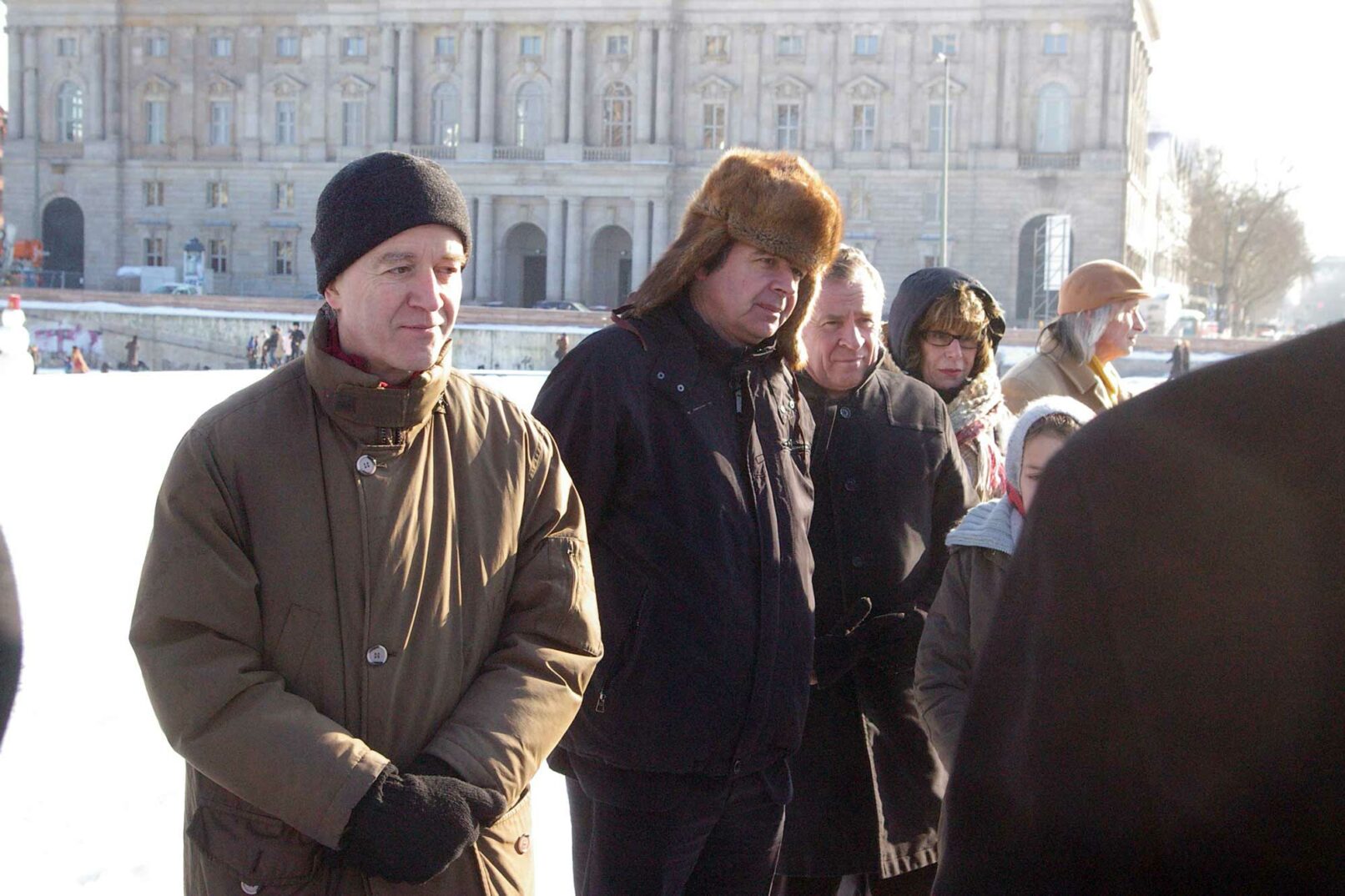 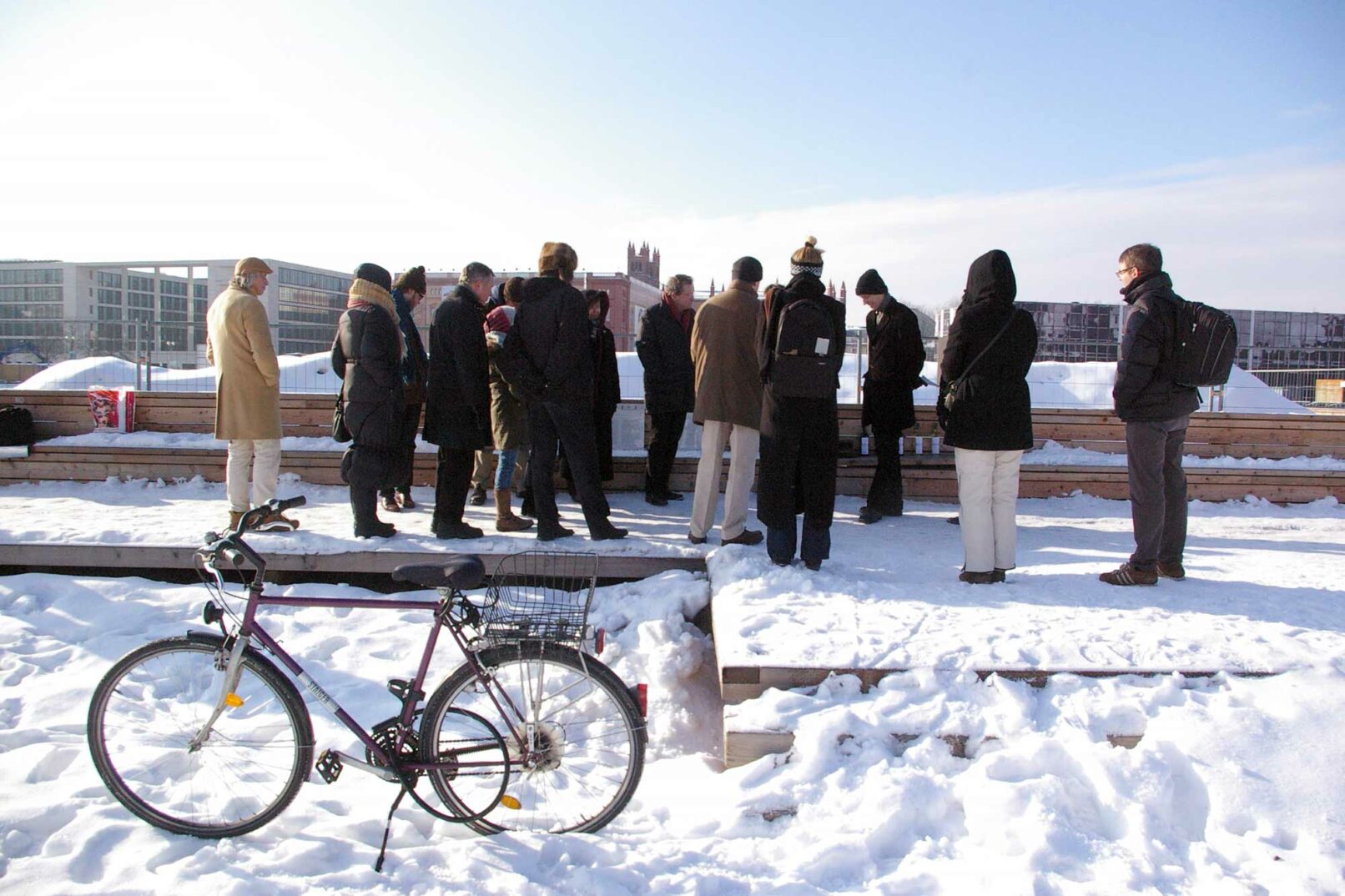 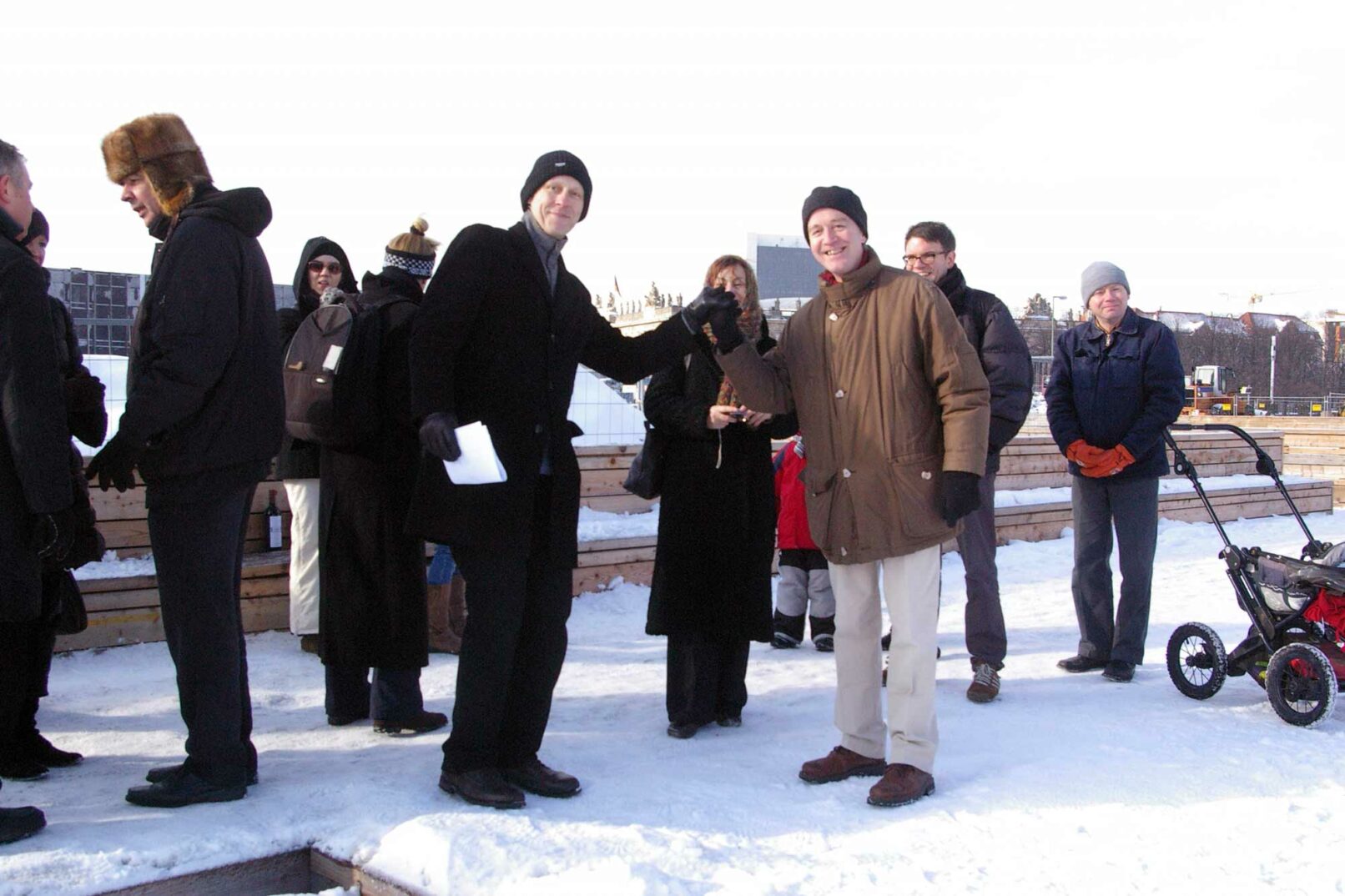 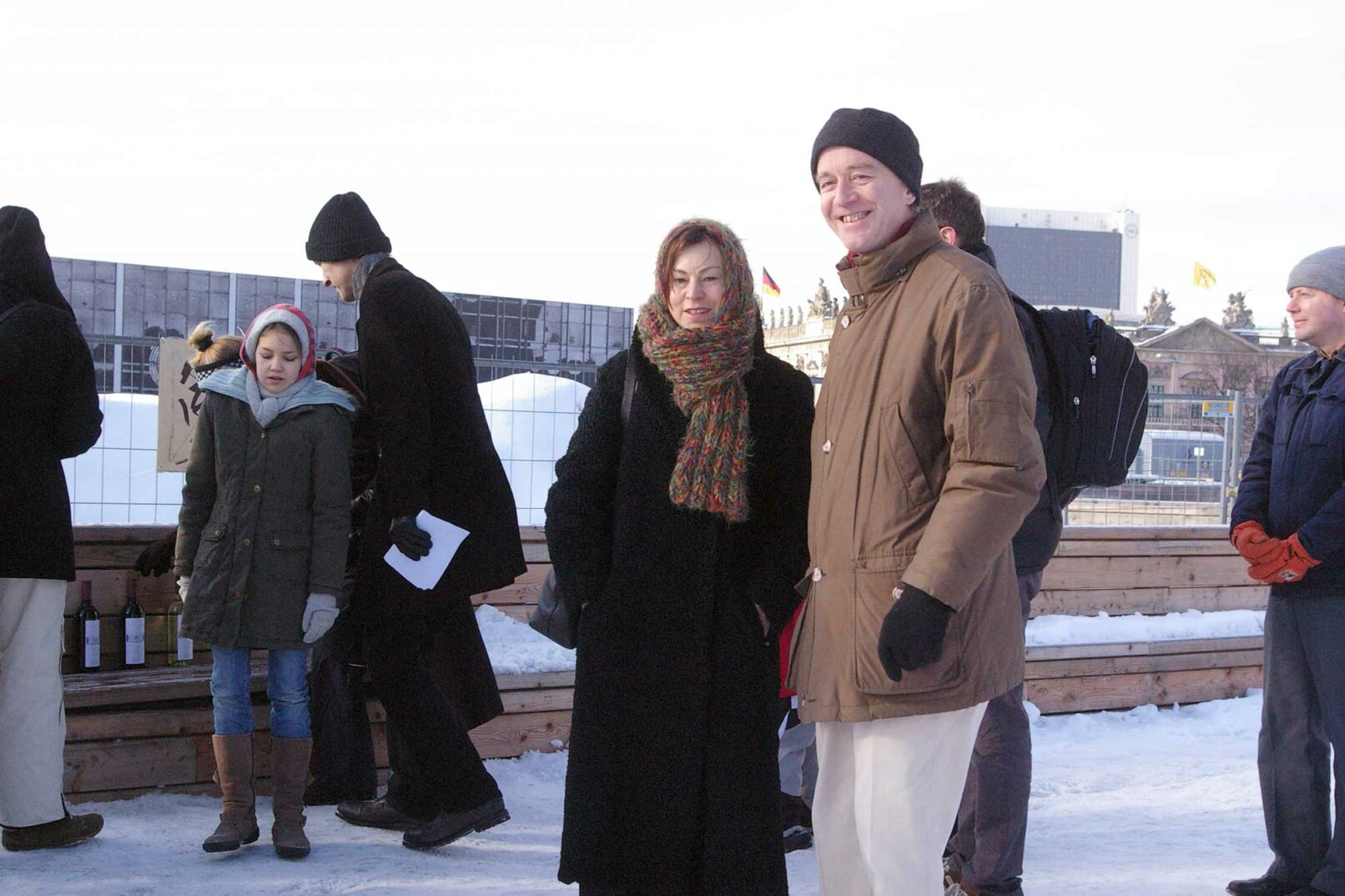 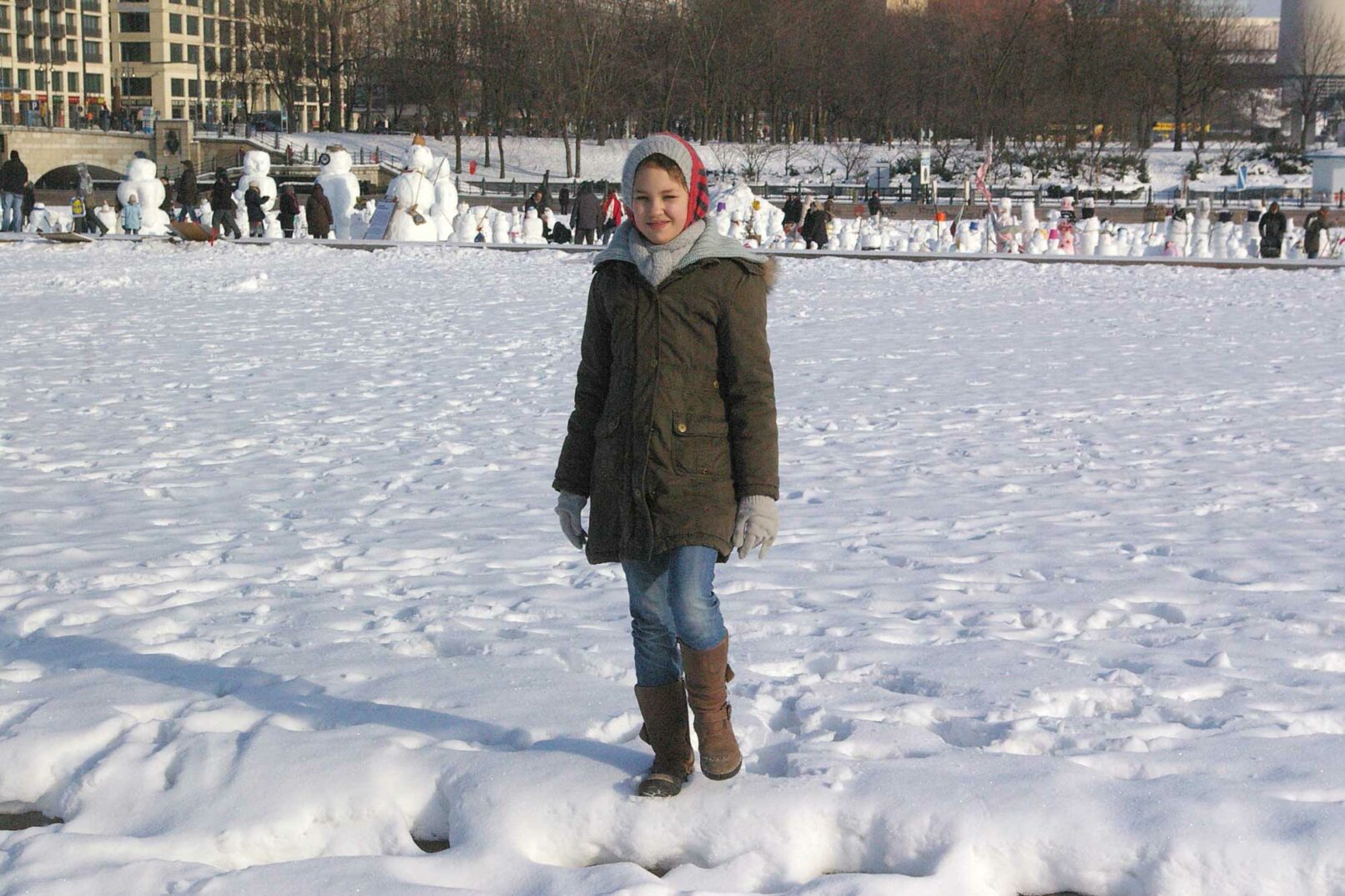 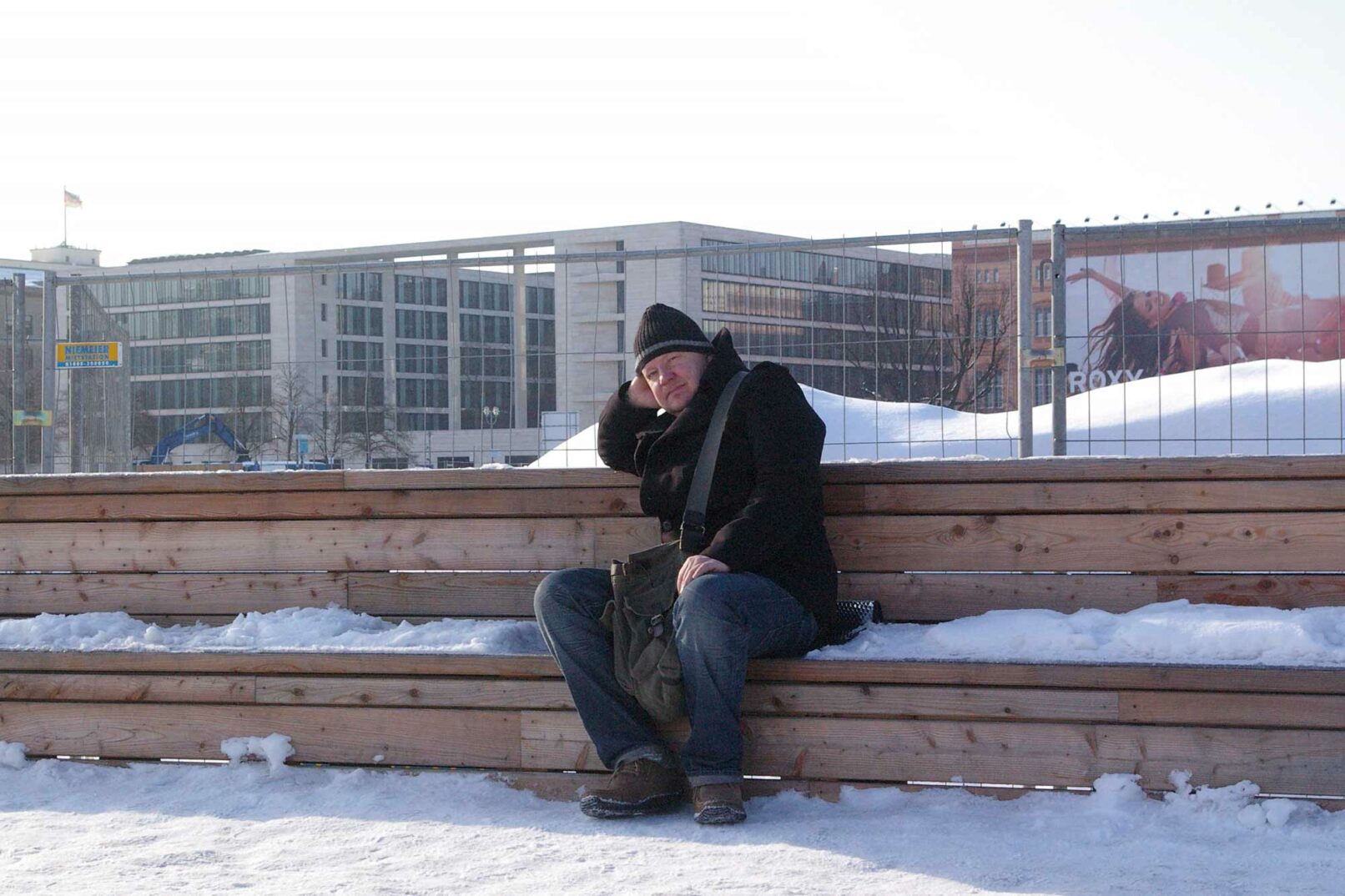