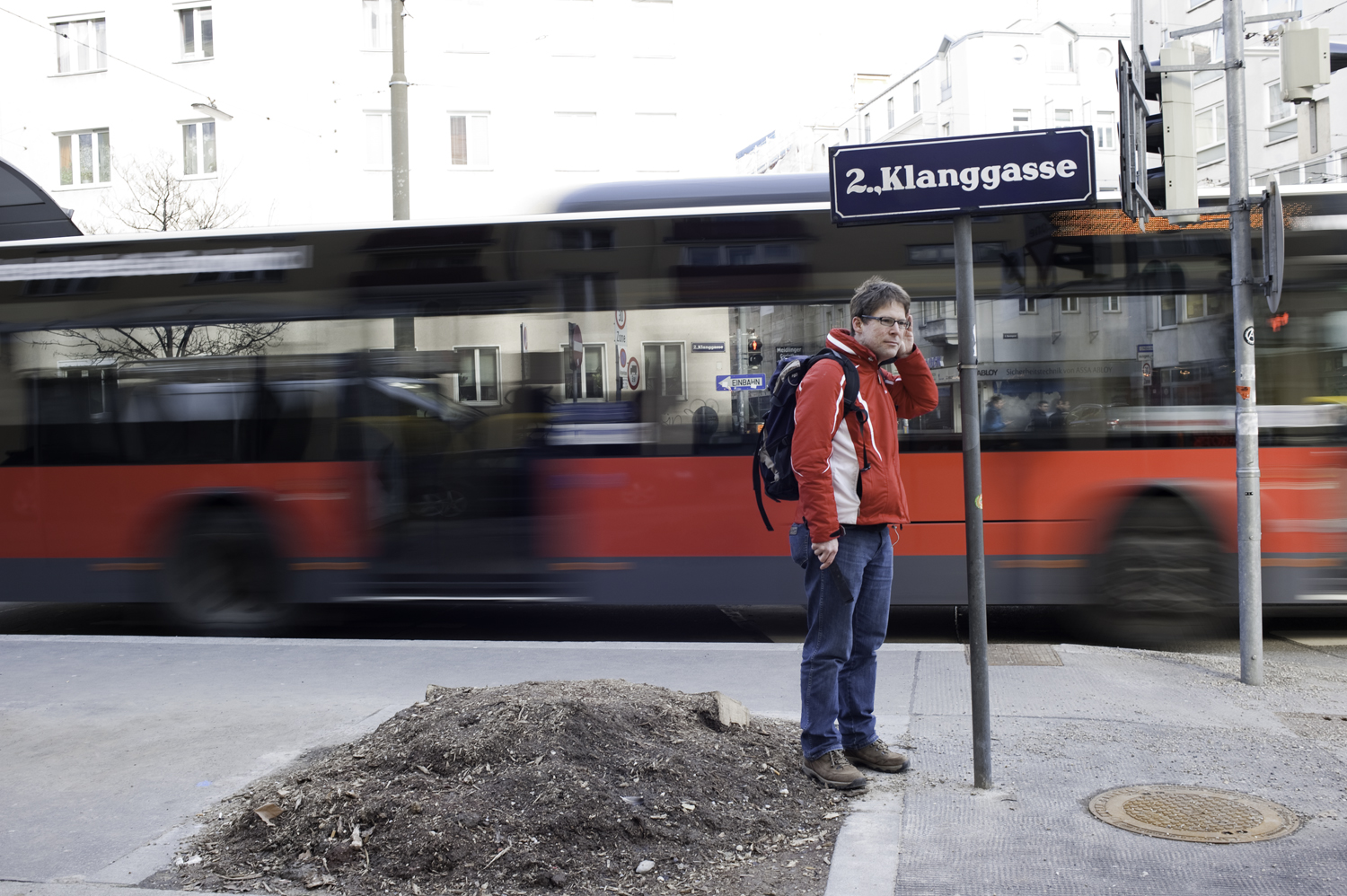 “We really have to strain to still discover mysteries on the sidewalk billboards, the latest state of humour and poetry”, writes the Situationist Gilles Ivain in the “Formulary for a New Urbanism”. Gerald Fiebig discovered the street sign for Klanggasse in Leopoldstadt, the 2nd District of Vienna. So, too, the TONSPUR_passage is a kind of street (Gasse) for sounds (Klang). The poetry (and the humour) of this encounter inspired him to blend the soundtracks of the two Vienna Klanggasses together to create a third imaginary sound space.
The Museumsquartier and Leopoldstadt, dubbed the Mazzesinsel, are particularly well-suited for such blending as various historical and socio-political levels of meaning already overlap in both locations. With the MQ, a cultural centre has been created out of the Habsburg Imperial Stables. While the history of Fascism and war is just as legible as the workers movement is in the urban fabric of Leopoldstadt — named today after a man who drove the Jews out of there. At the same time, the District bears the signs of (the return of) active Jewish life and a wide spectrum of local initiatives.
For his installation Fiebig has recorded sounds at different locations along Klanggasse and disseminated them in the TONSPUR_passage. They form the acoustic starting point for his Constructed Situation: sometimes rhythmic, sometimes distorted by extreme stretching and compression, and sometimes pervaded with noises indistinguishable from the ‘real’ sounds in the passage. By bringing the everyday sounds of Klanggasse into the aesthetically coded space of the MQ, Fiebig adds an acoustic dimension to the city’s visual symbolic level — and plays with the utopia of a city where there is no separation between art and life, between the emperor’s residence and the ghetto.

I AM NEW TO THE VIENNA SCHOOL
Guest contribution for the MQ blog by Gerald Fiebig
sof.mqw.at 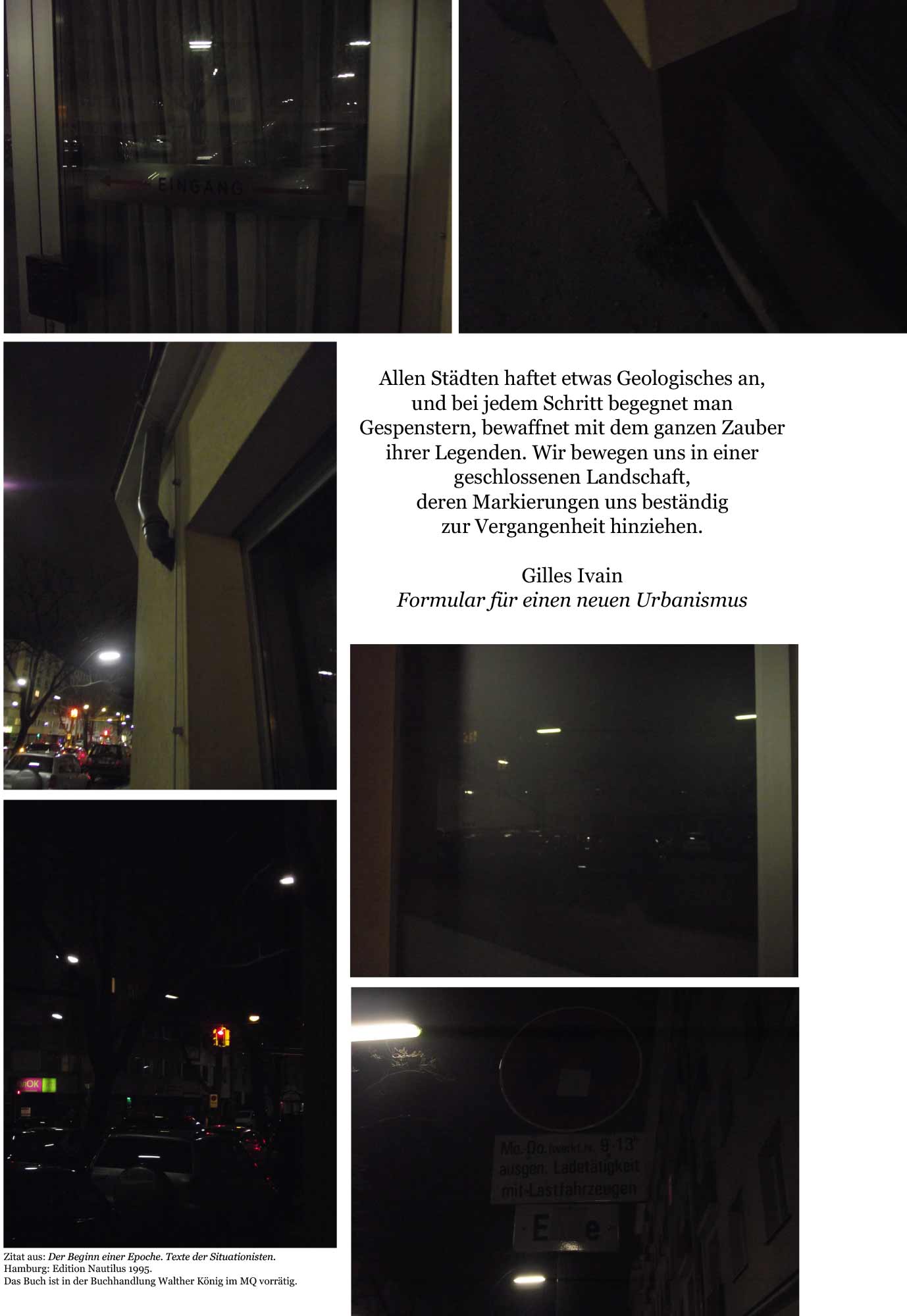 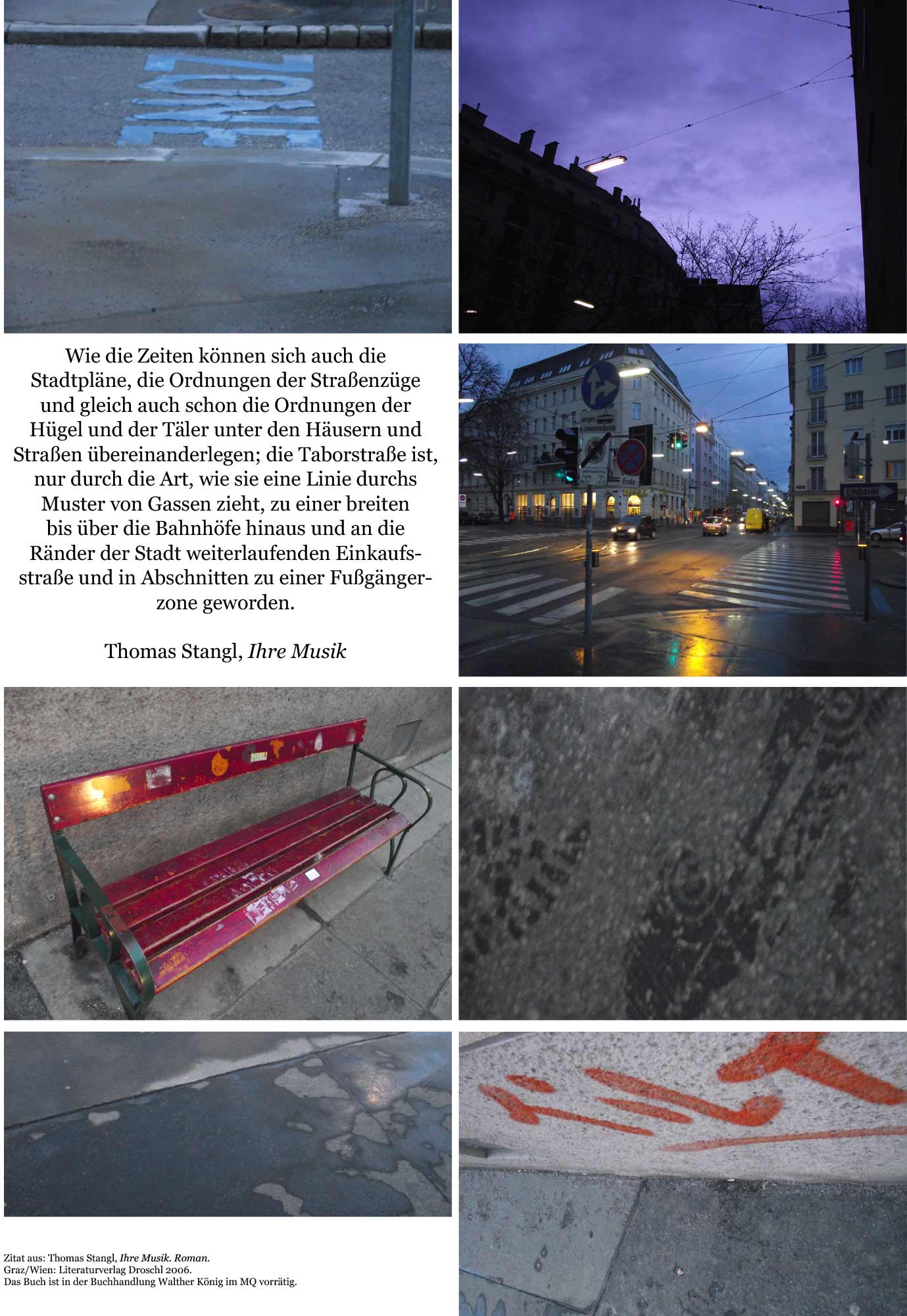 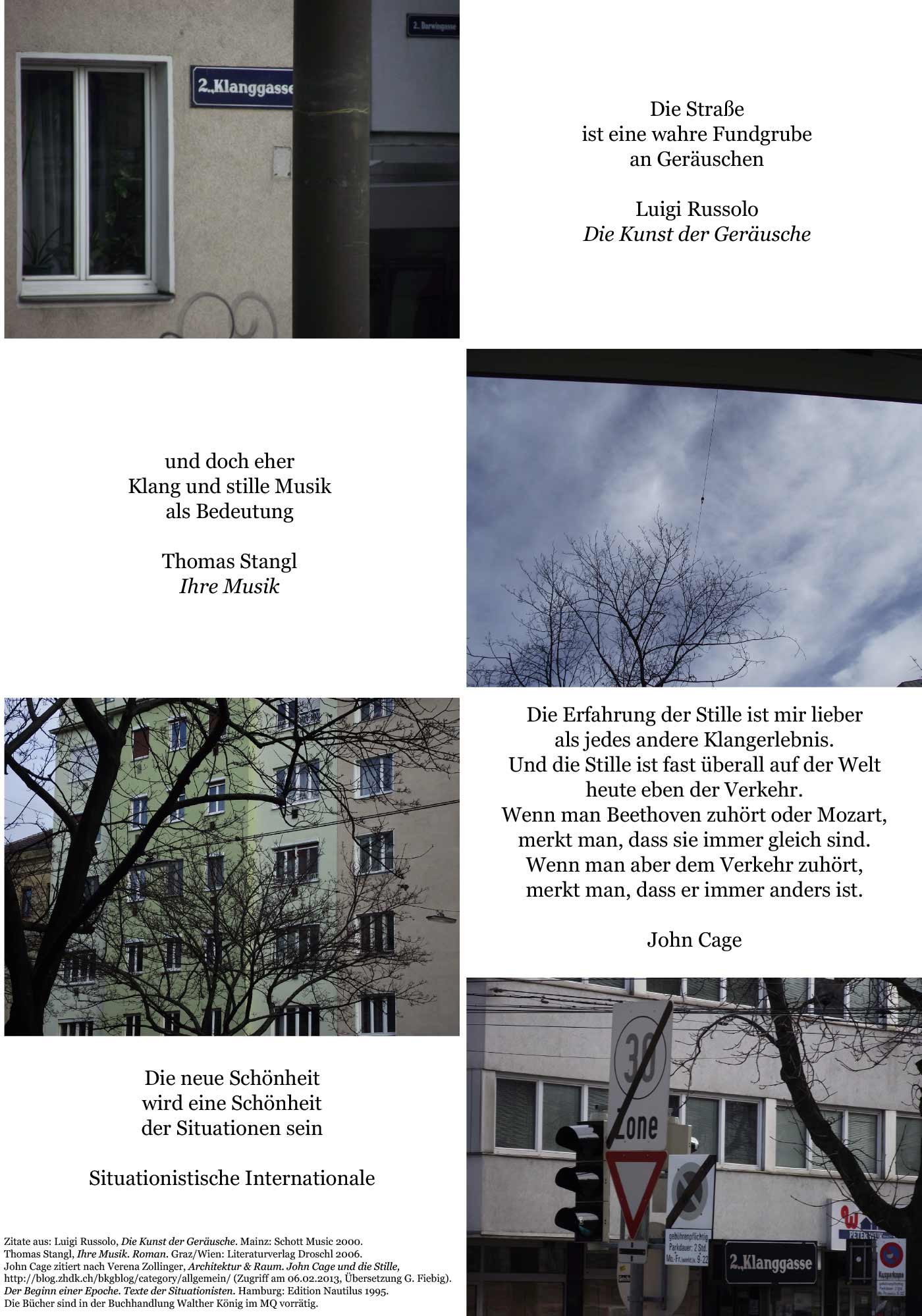 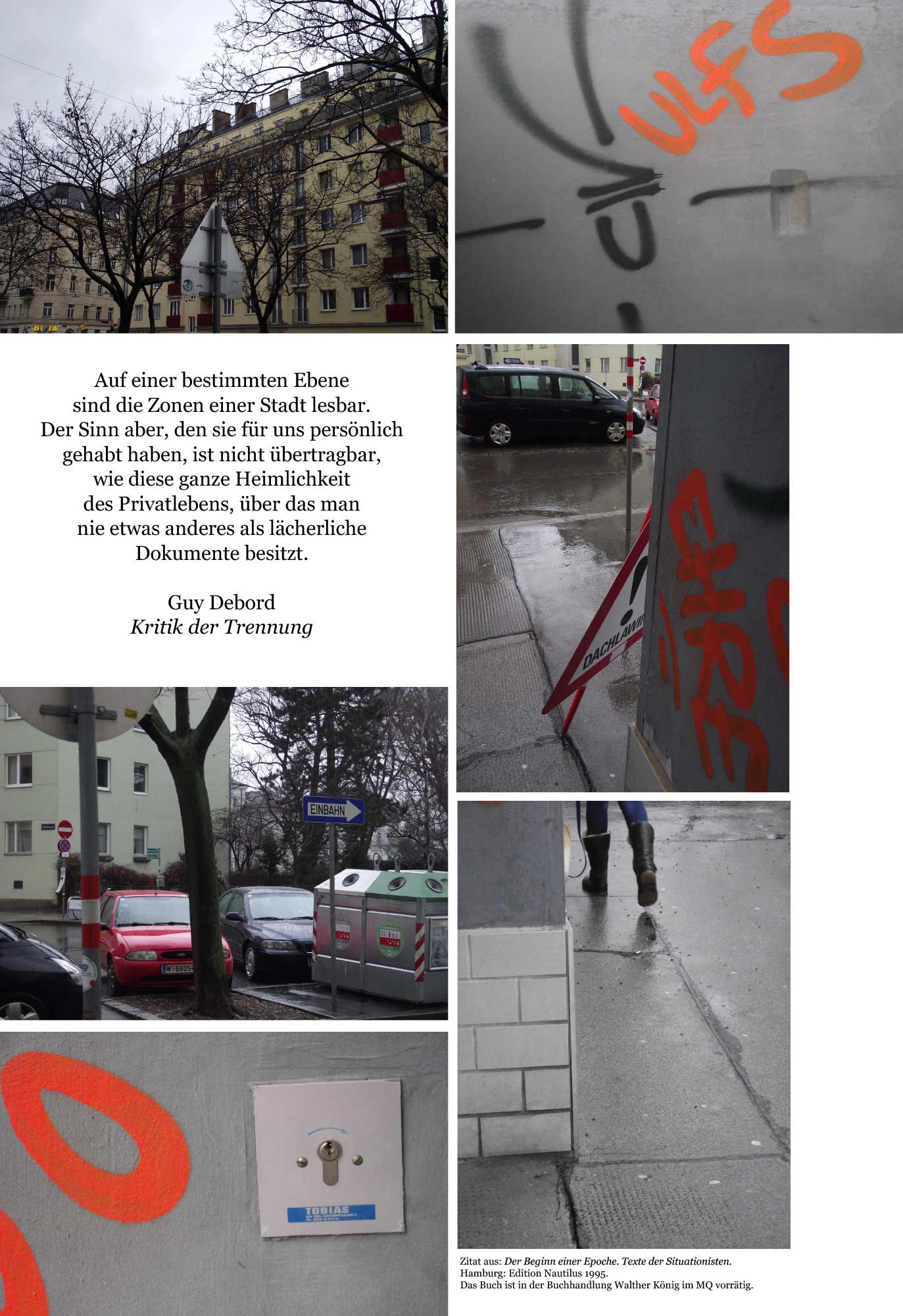 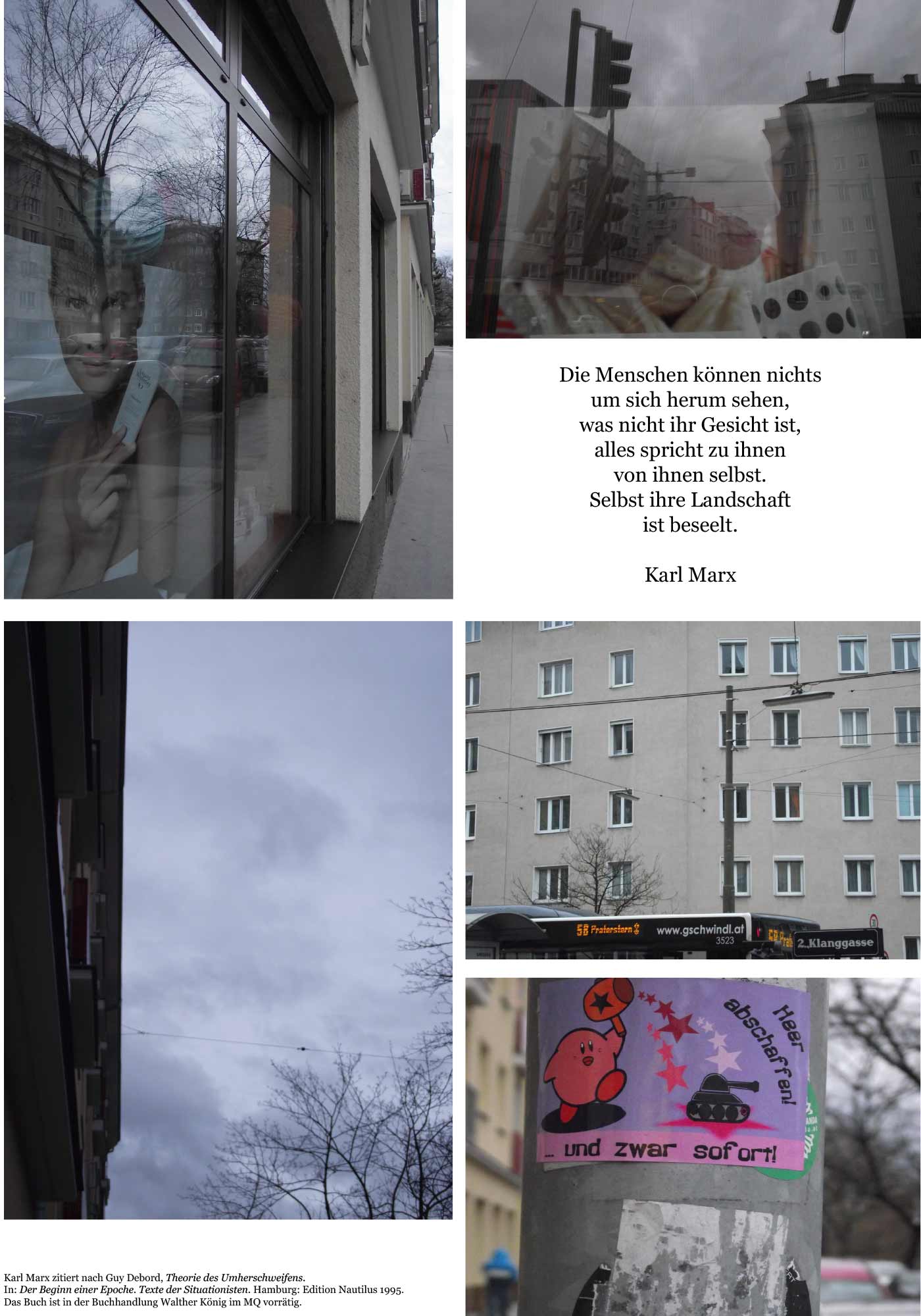 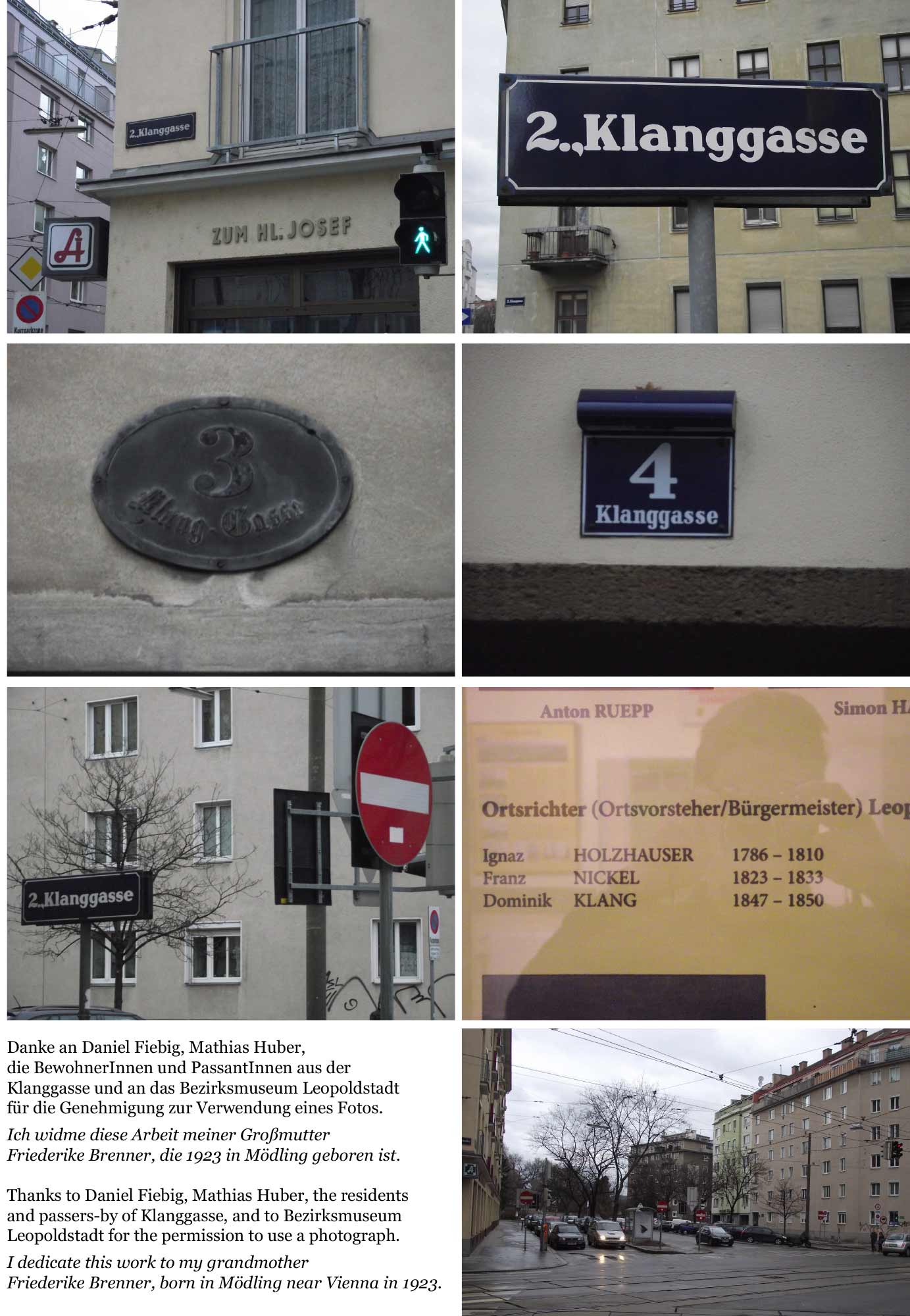