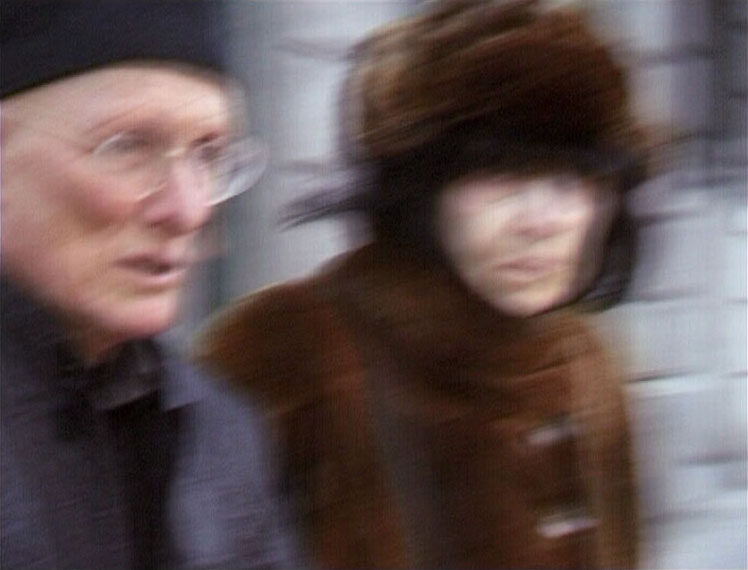 OF EMBRACING THE COMPOSER ON THE OPEN SOFFA

Have today much grammophoniert, so the pianist, works of Schumann, Brahms, Chopin and Bach, (84) preferably in pairs back and forth wandered to the most remarkable buildings of the city and had so 1 skirt = blue pleated skirt on, at that time with 8, next to the lily pond in the private school, so the pianist, (85) to the icons of modernism at that time, in the center, in the model settlements on the hills of the West looked for ideas for building in the present, should play on the school piano something by Chopin, trembled so and breathless thatz I could not play what I was ashamed of, (86) an architectural pair run as a feast for the eyes to the body exhaustion “my mountain flower”, so the composer to the pianist. (87) ‘yes say yes my mountain flower’, and she first put her arms around my neck Would like to go back to the “Drechsler” and stare for a long time out of the large window at the flowers moments from across the small bay windows dusty old foliage. (“do it in the bath”, Jacques Derrida) (88) as a conclusion could be said: have showered well, both at the beginning and at the provisional end of this halfway unsuccessful sexual life of mine, bud of the flesh, (89) ‘gnoske of early spring’ (Ponge) so the composer, and as always the dust accumulates in the navel pit, isn’t it, (90) even in advanced age one learns new things about it oh me, this electric I, says the composer, hitting the keys, (91) have probably eliminated the delusions/blindnesses to some extent, in these rare devotional moments we have not infected each other with our crazy love all the time, says the composer (saluting) – (92) thus: Apotheosis of the germination, of the bursting forth of the unquestionable blossom splendor/vitality, in saftesteigender vegetabiler embrace, multipler growth waste dasz ich mich letztlich VERDUFTE mit den 1. Magnolien dieses Frühlings, so the composer, auf dem offenen Soffa sich wälz
Friederike Mayröcker [excerpt from TONSPURPROSA] March/April 2010
Bodo Hell (1-92) from whispering, foreshadowing, reverberating listening 2010

Friederike Mayröcker, born in Vienna in 1924, lives and works in Vienna. The writer lived in Berlin in 1970 and 1973 as a guest of the Berliner Künstlerprogramm.
wikipedia.org

Bodo Hell, born 1943 in Salzburg, author and alpine shepherd, lives and works in Vienna and on the Dachstein.
bodohell.at

TONSPUR 35
Silence… that is the guiding word in writing these lines, borrowed from her and the current film “Writing and Silence” with her, the grande dame of Austrian literature, Friederike Mayröcker [1924, Vienna]. Silence… over the linguistic power of an incredible virtuoso of thoughts, words, sentences, etc. Silence… while listening to her voice, beguilingly circling around music, the composer, Schumann. Silence… and thanking Friederike Mayröcker for her somnambulistic [TONSPUR-] prose “of embracing the composer on the open soffa” -. This in turn is condensed in parallel at eye level by a writer closely associated with her, Bodo Hell [1943, Salzburg], who is also to be thanked from the bottom of our hearts for his “vom Einflüstern, Vorahnen, Nachhall Lauschen”.
Silence… and rejoice over a TONSPUR such as we have not yet had, over a work which – I am sure – will cause many passers-by, people in Vienna as well as in Berlin, to be silent because to listen, to see words. What a charming, poetic thought.
Georg Weckwerth, May 2010 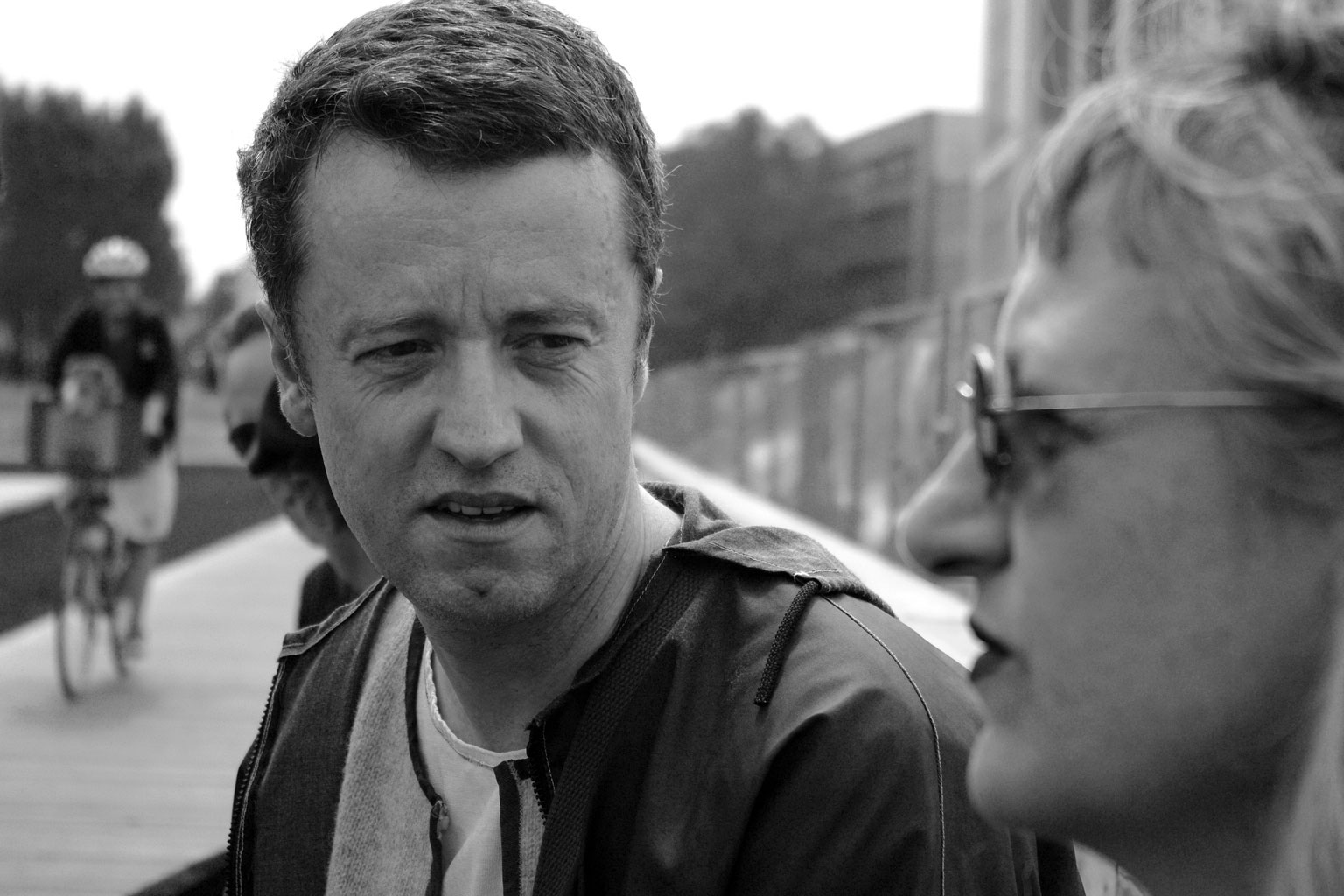 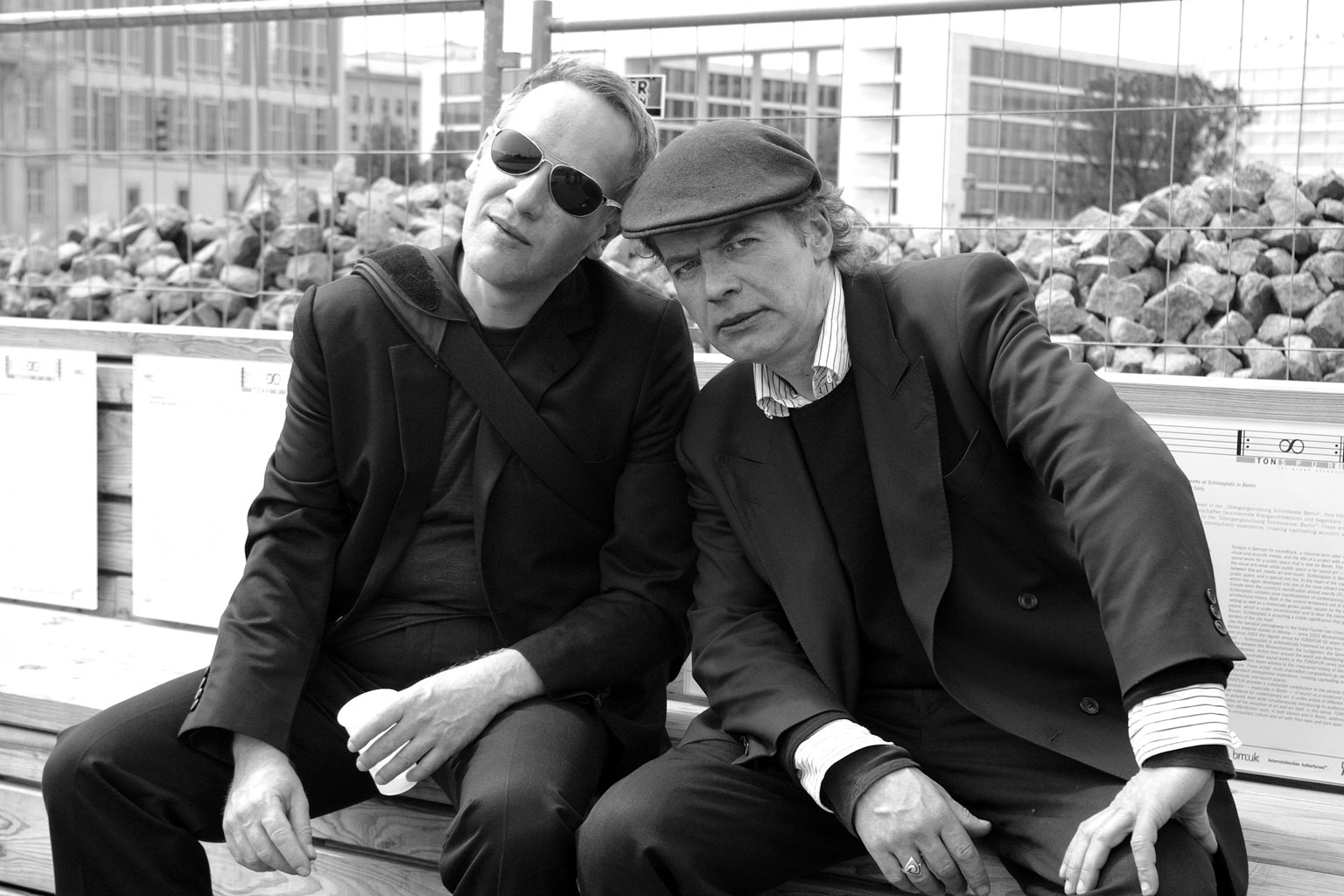 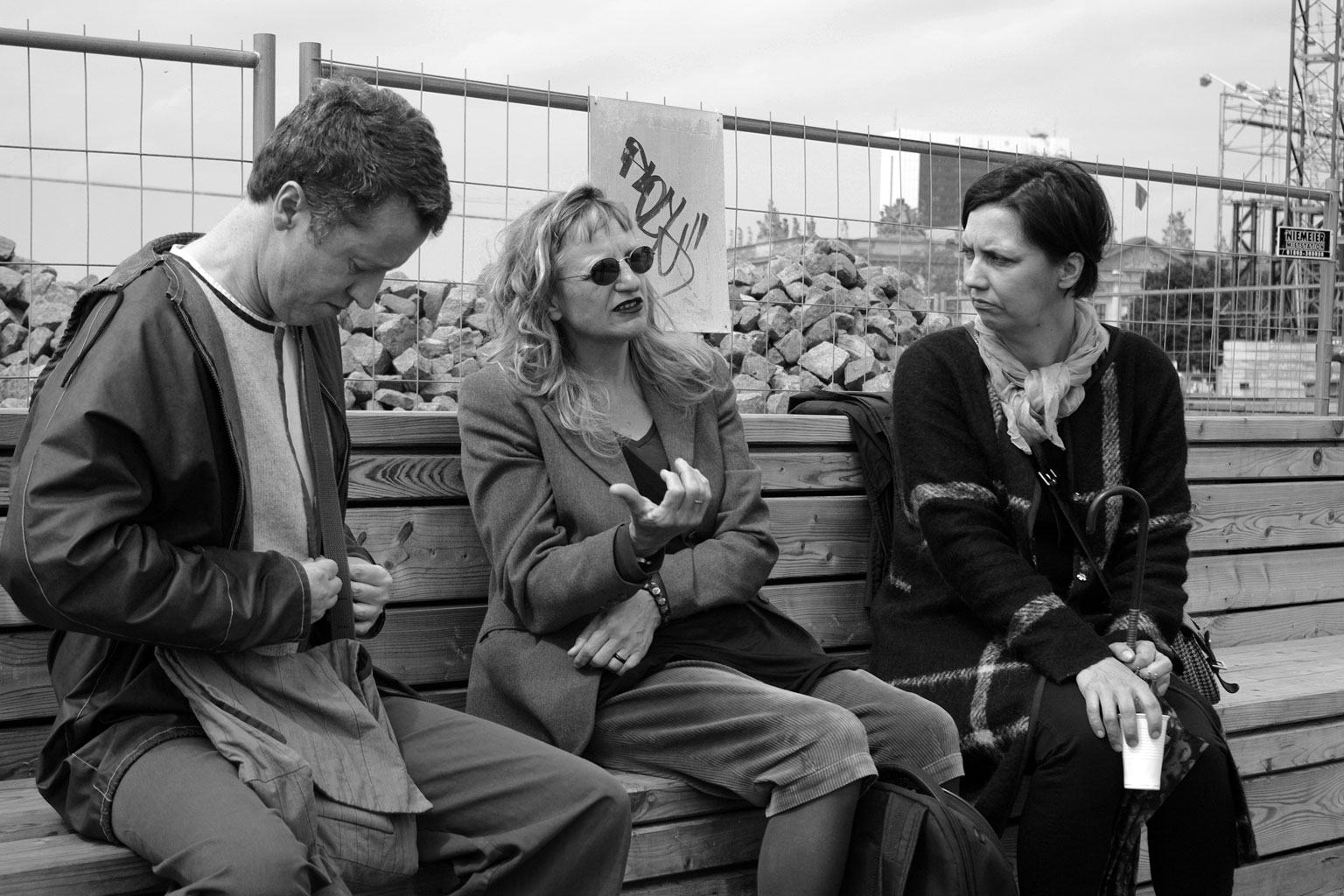 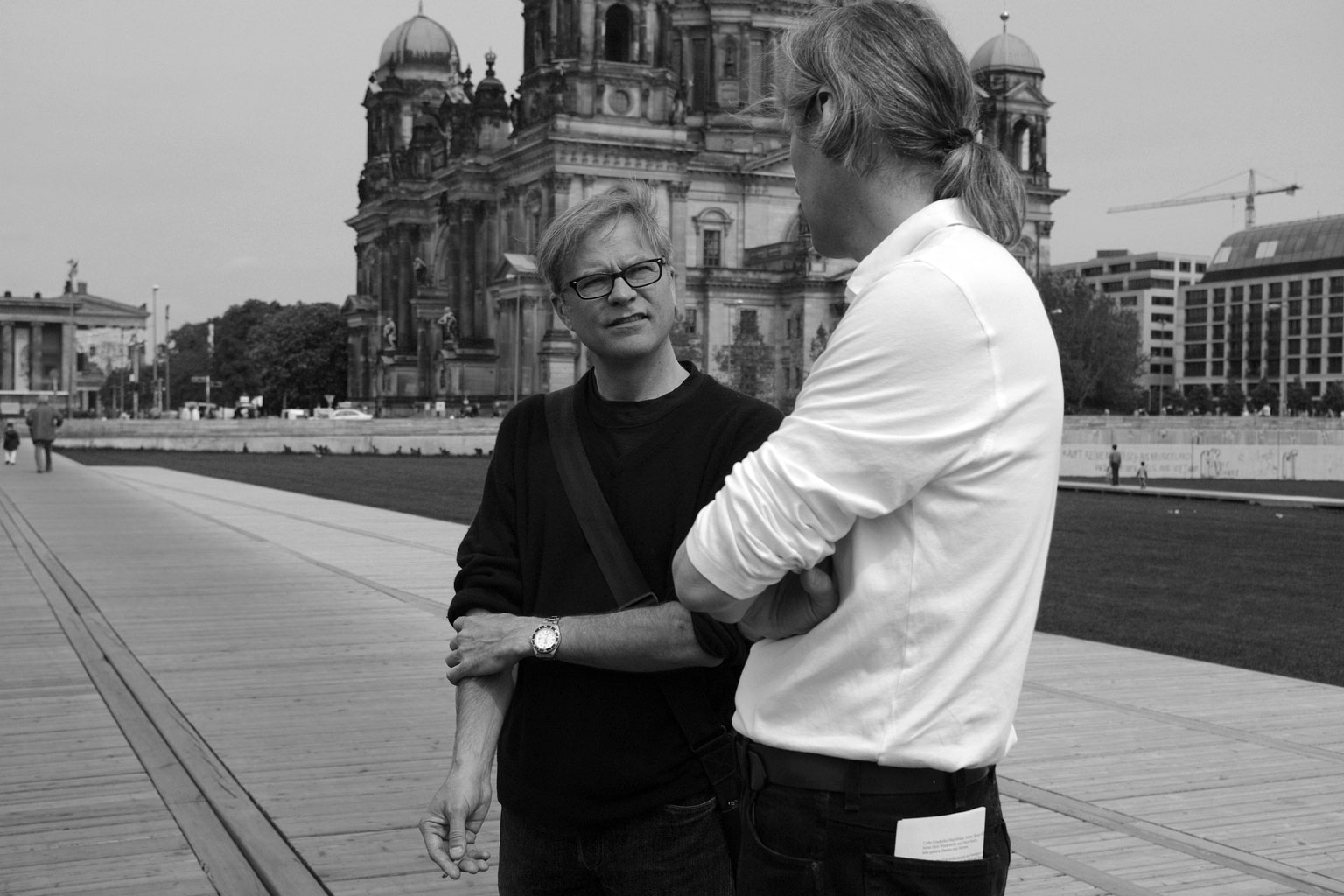 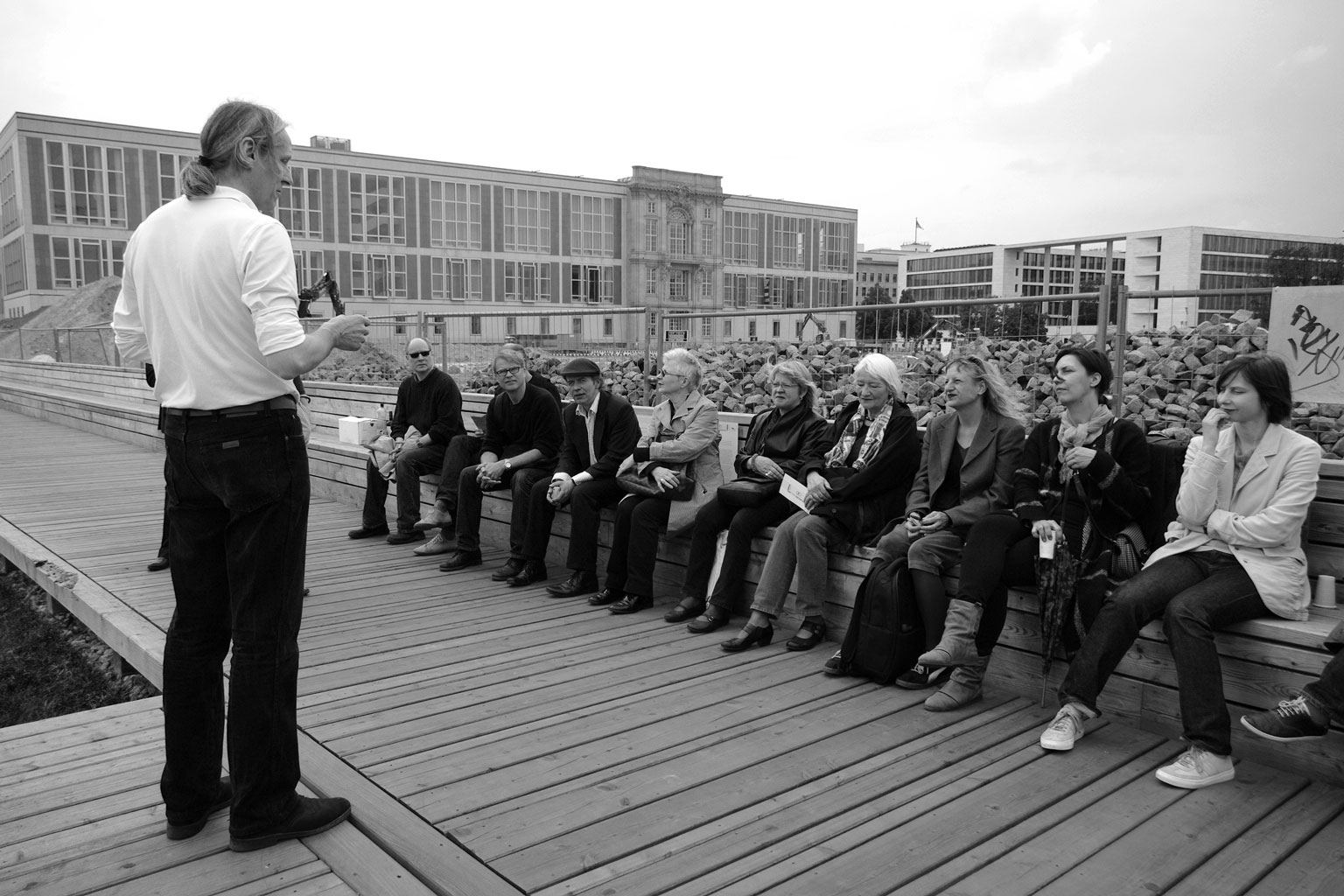 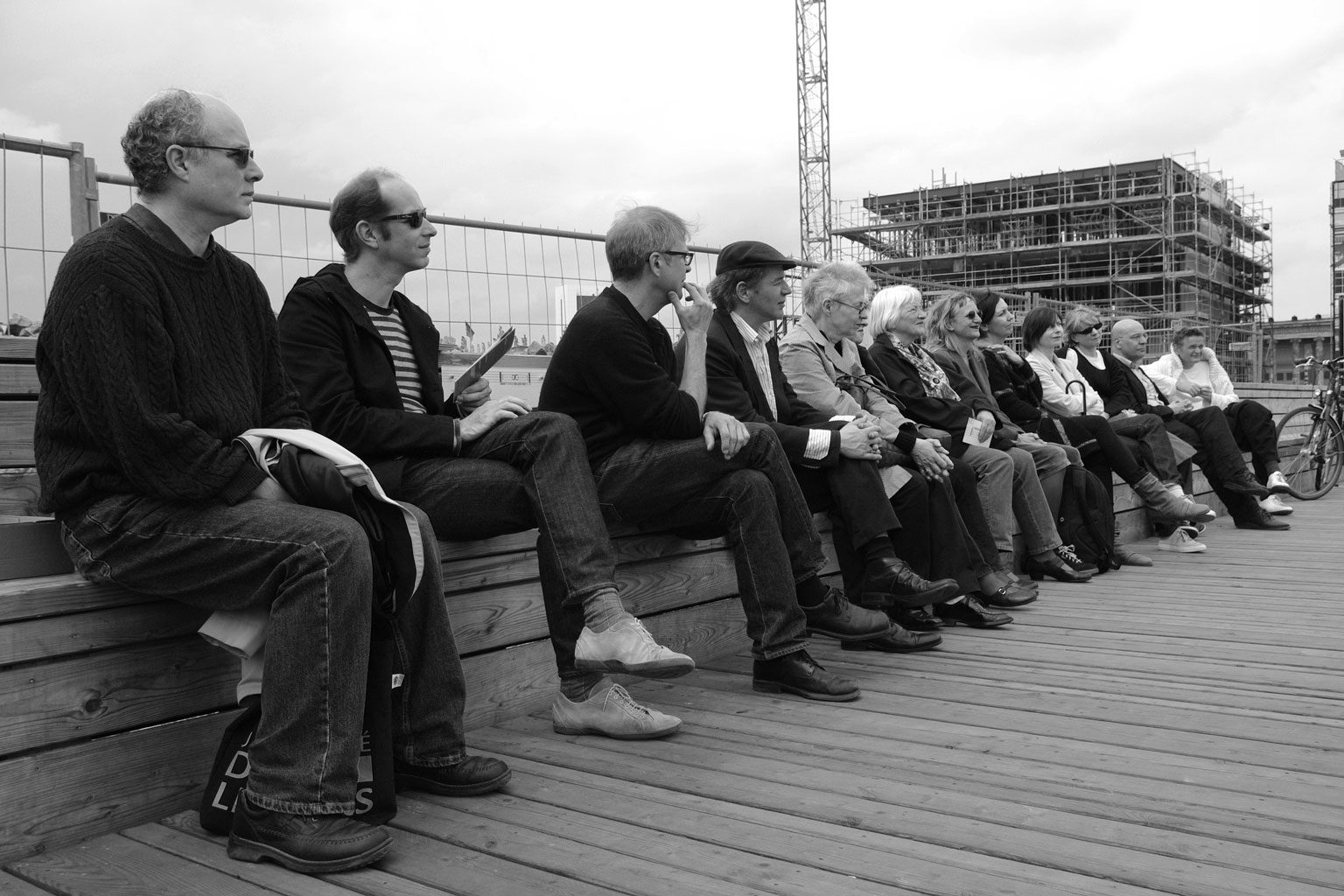 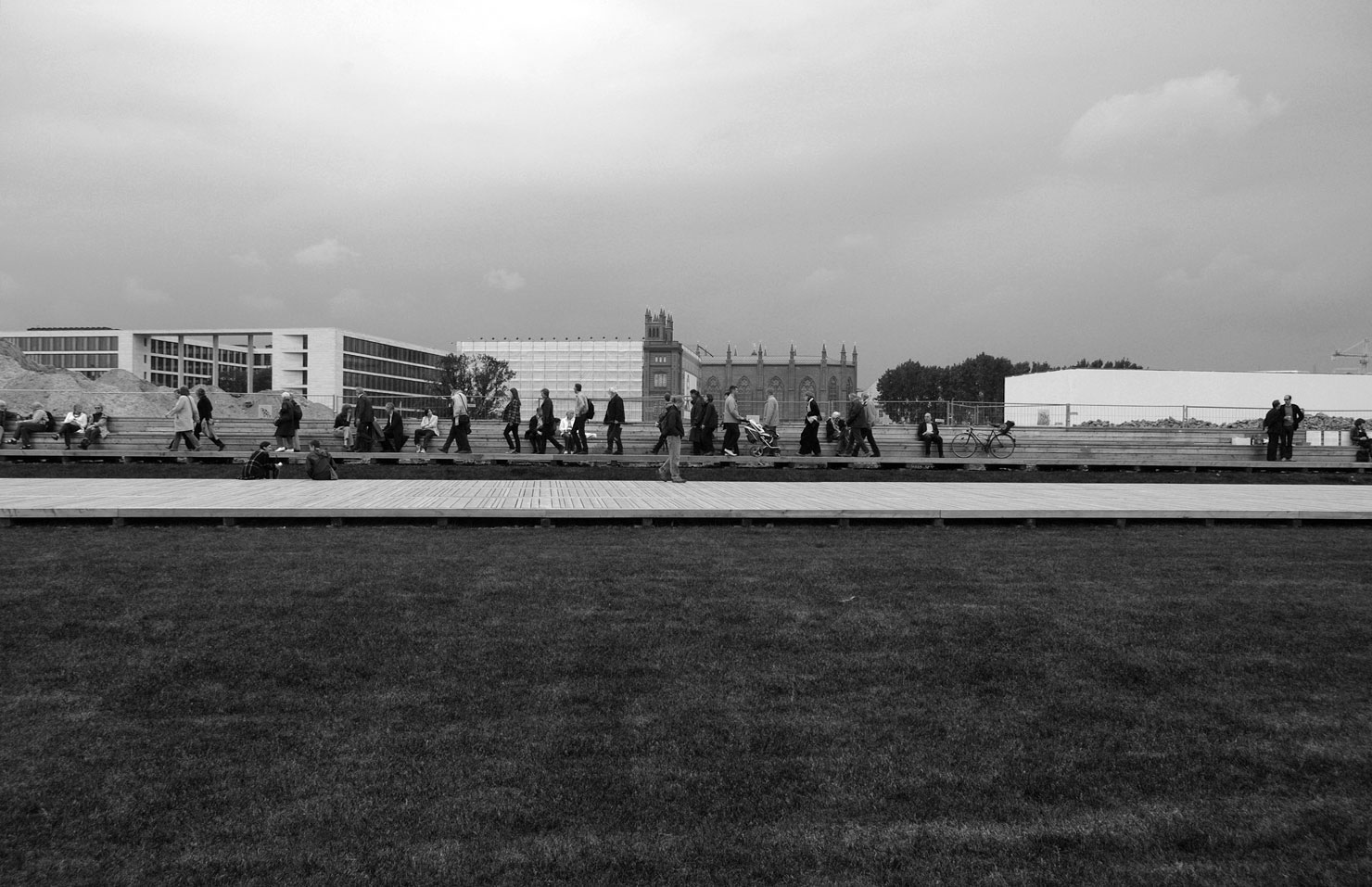 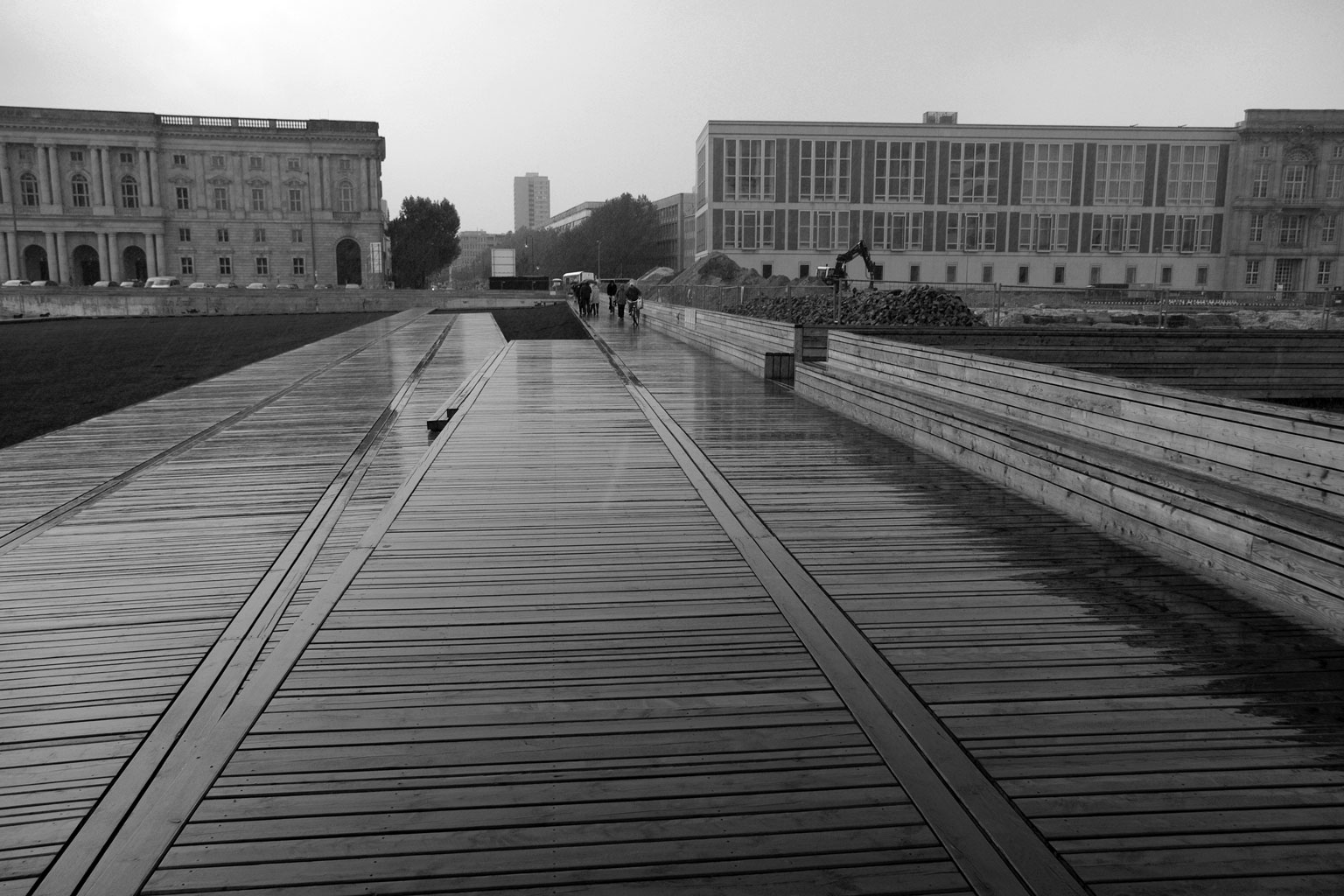